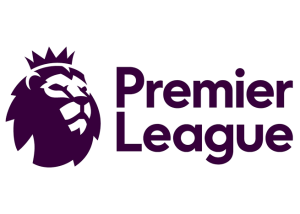 The football keeps coming thick and fast over the festive period, with more games scheduled for the New Year’s Day weekend.

Manchester City have turned on the style in recent weeks and have a form side to deal with on Saturday when they travel to London to face Arsenal.

Meanwhile Manchester United close out the weekend with a home fixture with Wolves.

Let’s take a look at the matches and check out the current state of the Premier League. 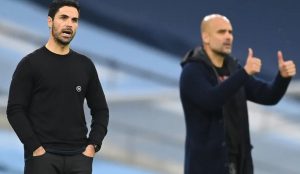 After a wretched start to the season, things are looking good again for Arsenal.

The Gunners haven’t suffered from Pierre-Emerick Aubameyang’s ousting from the squad.

They’ve won their last four Premier League games, rocketing up to fourth in the process.

However, Saturday’s early kick off with the current league leaders is a whole new kind of acid test.

Manchester City are looking like title winners again and have established a gap between themselves and the chasing pack thanks to a run of ten straight wins.

It’s hard for anyone to compete against that sort of form, and while Mikel Arteta’s side may land a blow themselves.

Pep Guardiola’s outfit should be too strong and irrepressible to handle at the Emirates. 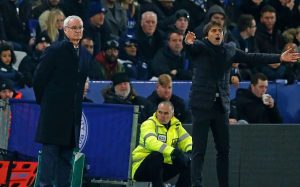 Things are just starting to get a little ropey for Watford down at the bottom of the table.

The Hornets have lost five games on the trot and are just two points clear of 18th place Burnley, who have a game in hand on them.

They probably didn’t need a match with Antonio Conte’s rejuvenated Spurs, who are unbeaten in the Italian’s first seven league matches.

They struggled at Southampton, only managing a 1-1 draw despite having a player advantage, but they shouldn’t have the same issues at Vicarage Road. 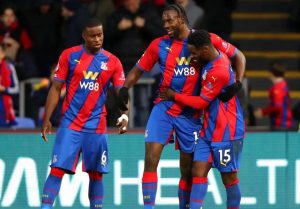 Both Crystal Palace and West Ham put rocky patches behind them in their most recent outings, picking up wins against Norwich and Watford respectively.

Some recent hiccups have seen the Hammers fall behind the pace in the race for Champions League qualification.

But they’re back on the horse again and should get three points here. 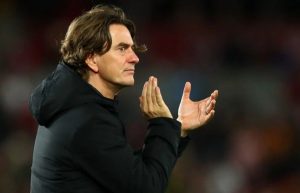 Even with their current injury list, Brentford gave a good account of themselves in the 1-0 defeat to Manchester City.

They couldn’t find an equaliser after Phil Foden’s opener.

But the Bees have a more realistic chance of picking up points on Sunday when they host Steven Gerrard’s Aston Villa.

The Villans have been winning and losing alternately since late November but were most recently defeated 3-1 at home by Chelsea.

They should be able to bounce back here in what could be an entertaining score draw. 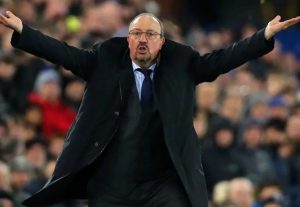 Everton are likely to be fairly rusty on Sunday, having had their last three Premier League games postponed.

They haven’t played since mid December and host a Brighton side who are almost impossible to predict.

The Seagulls rarely ever make things easy but they did steal a late point at Chelsea last time out thanks to Danny Welbeck’s header.

For two sides who struggle to finish games off, a draw seems pretty realistic. 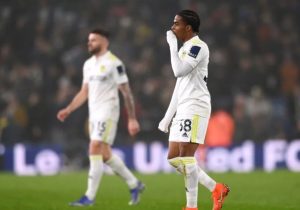 This really does have scrapfest written all over it.

Leeds have all kinds of injuries damaging their squad at present.

Though Raphinha is still performing excellently and Patrick Bamford may be available up front.

Form has been tricky to come by – they conceded 14 goals in their defeats to Chelsea, Manchester City and Arsenal.

Burnley are playing catch-up having had a number of games postponed.

They couldn’t get a positive result against Manchester United on Thursday, going down 3-1 at Old Trafford.

Both teams need points to push away from the relegation zone, but Leeds’ high octane approach may help them overwhelm the Clarets. 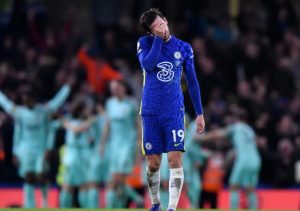 Chelsea had looked like a Premier League title winning powerhouse earlier in the season.

Draws have been their crutch recently, failing to find a winner in three of their last four games, with the 1-1 tie with Brighton being particularly disappointing.

Liverpool have suffered a similar drop-off, drawing with Spurs before losing at Leicester.

Mohamed Salah is goalless in his last two outings, though he has netted 15 league goals already this season.

So it’s hardly panic stations for him just yet.

The Reds may be able to come away from Stamford Bridge on Sunday, but it’s sure to be a tight affair. 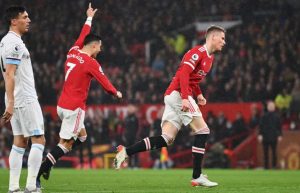 Manchester United’s journey to hunt down a top four spot continues when they finish the gameweek’s fixture list with a clash against the frugal Wolves on Monday night.

Burnley proved to be no match for Ralf Rangnick’s side on Thursday.

The Red Devils picked up a regulation 3-1 victory, but Wolves have proved to be a tough nut to crack for most top six sides this term.

The Wanderers have had their last two games postponed but had registered a victory at Brighton before holding Chelsea to a draw.