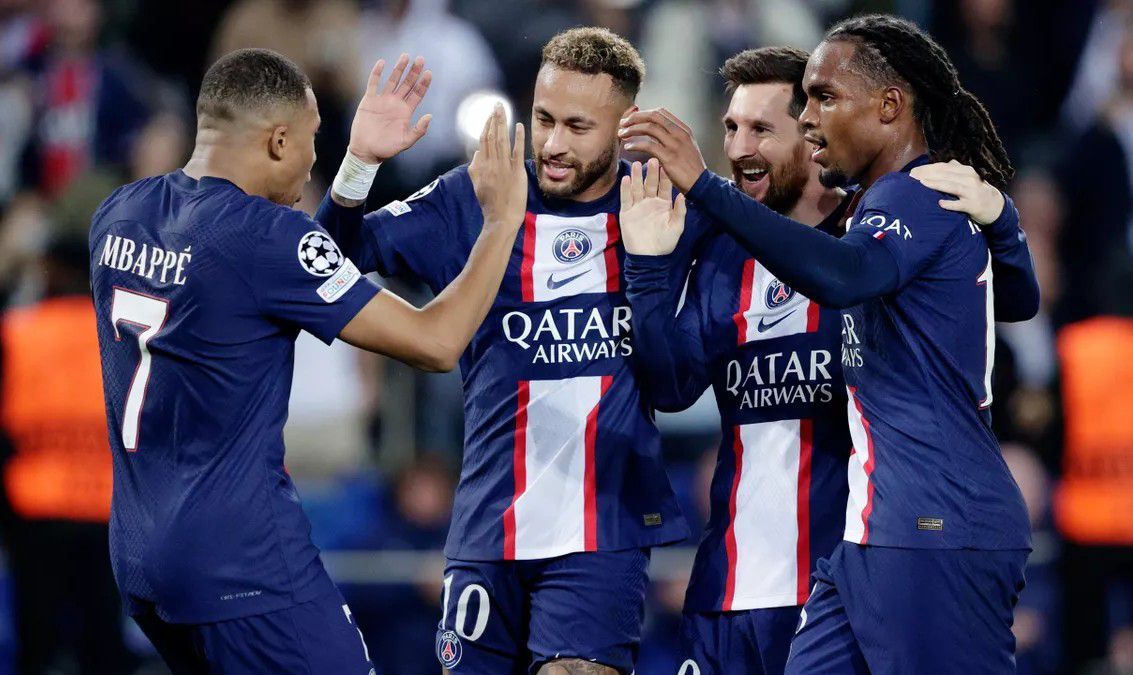 Paris Saint-Germain thrash Maccabi Haifa by 7-2 and have qualified for the Champions League knockout stages.

Lionel Messi and Kylian Mbappe both scored twice while Neymar and Carlos Soler also got on the scoresheet in an easy victory for PSG.

Victory for PSG puts them on 11 points and into the last 16 with one game to spare in Group H against Juventus on November 2.

It only took until the 19th minute for PSG to break the deadlock at the Parc des Princes.

Messi, on his 50th PSG appearance, masterfully curled in his shot using the outside of his left boot to get the better of Josh Cohen in goal.

In the 32nd minute, Mbappe extended PSG’s lead with a fine finish from the left hand side of the penalty box as he cut in and expertly curled his finish into the top corner.

Two minutes later and the Ligue 1 champions had their third of the night.

Following a slick counter-attacking move, Messi laid the ball off to Neymar who calmly slotted away beyond Cohen.

Maccabi did pull a goal back just three minutes later when Abdoulaye Seck thumped his header from an indirect free-kick, but PSG got their fourth before half-time through Messi.

It was a typical finish from the Argentine. He cut in onto his left boot on the edge of the box before tucking his shot into the bottom corner.

Maccabi went all out attack to begin the second half and they reduced the deficit through Seck in the 50th minute.

He looped his header over Gianluigi Donnarumma from close range to get his second of the night.

But PSG got another two goals in quick succession.

Mbappe curled in his second of the night into the top corner moments before Neymar’s driven pass was turned into the Maccabi net by defender Sean Goldberg to make it six.

Soler scored his first PSG goal six minutes from time as Messi set him up for a well-placed finish into the bottom corner.