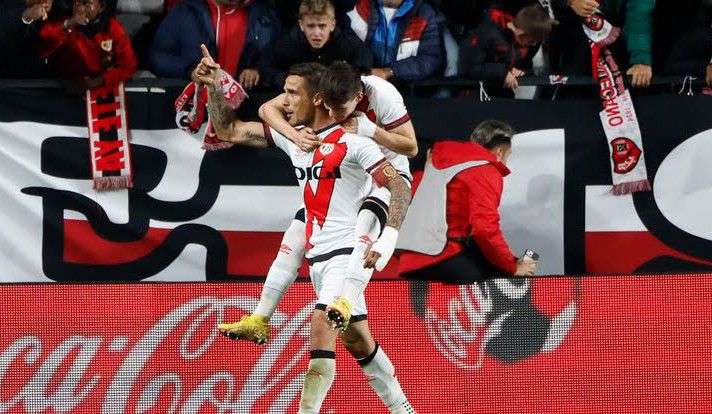 Andoni Iraola’s side came out all guns blazing in the first half as they looked to press Real Madrid high up the pitch.

They denied Real Madrid any time on the ball, with the Vallecano midfield hunting down any loose passes.

Vallecano then found a deserved breakthrough after just five minutes.

Santi Comesana finished off a flowing counter-attack to put the home side 1-0 up, much to the joy of the 14,000 inside Estadio de Vallecas.

Rayo bravely pushed for a second but couldn’t find the final ball.

Real Madrid managed to get back on level terms after 37 minutes, with Luka Modric converting from the penalty spot following a foul on Marco Asensio.

Real Madrid’s lead didn’t last long though, after some pinball in the box the ball bounced out to Alvaro Garcia who thumped home on the volley to level up proceedings.

The second half was much of the same domination from Rayo Vallecano, who continued to pour forward just as they did in the first half, all without creating anything too concrete.

On 66 minutes, Oscar Trejo had the chance to put his side back in the lead from the spot following a Carvajal handball, but his effort was saved by Courtois.

once more stepped up, this time making no mistake – smashing the ball past Courtois who dived the right way but couldn’t get to the ball.

Madrid had one last chance in the 89th minute.

Marco Asensio put in a sensational ball but Rodrygo fired over from point blank range.

In the end, Trejo’s goal proved decisive and Rayo’s fantastic start to the season continues.