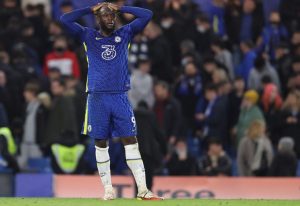 The Belgian star Romelu Lukaku’s ‘bombshell’ interview, where he said he was unhappy with his situation at Chelsea and expressed a desire to return to Inter Milan, has caused a stir among pundits.

In an explosive interview with Italian media, conducted three weeks ago but released yesterday, the Belgian forward also suggested Blues boss Thomas Tuchel has reverted to a system that doesn’t play to his strengths.

“Physically I am fine. But I’m not happy with the situation at Chelsea.”

“Tuchel has chosen to play with another system – I won’t give up, I’ll be professional. I am not happy with the situation but I am professional – and I can’t give up now.”

“I really, genuinely from the bottom of my heart hope to come back to Inter, not at the end of my career, but while I am still at the level to win more trophies.”

Reacting to the interview, ex-Premier League striker Bent said: “Some of the quotes are just crazy.

“One of the quotes where he says he hopes to return to Inter Milan and not at the end of his career, while he’s at his peak still.

That could be soon! He’s not getting any younger.

“It is a bombshell. I can understand his frustrations at not playing because there have been times where he’s been available and Thomas Tuchel has opted to go for Pulisic as a false nine or Kai Havertz.

“But to be so public about it, that’s a hammer blow for Chelsea Football Club.”

Lukaku’s interview did not sit well with Sinclair, either.

“I’m in absolute shock. I was at Chelsea’s win against Villa and I watched him in the warm up.

“I was intrigued because he was out for a while and wondered what his mood was going to be like – he was smiling, laughing, he looked like he was loving being back in the Chelsea squad.

“The second-half performance cemented what I was thinking.

He looked happy, he played happy, got a goal, an elite striker’s goal and then the third goal where he won the penalty I thought was one of the best runs to earn a penalty from him I’ve seen in a long time.

“For him to come out with those comments, I think he should be apologising to the Chelsea fans.

That’s so disrespectful to the Chelsea fans.

“I think that’s so disrespectful to the Chelsea manager.

I’d be astounded if he hadn’t had a conversation with Thomas Tuchel about this.

He might not have got the answer he wanted but you don’t come out in public and say this.

“He’s 28-years old. A lot of Chelsea’s front line will look up to Lukaku, I think he’s let them all down.”

However, ex-Blues striker Jason Cundy urged fans not to read into the interview, given it was recorded in the past and may have been lost in translation.

“I was surprised when I heard the comments, That’s not helpful, at all.

“I think I’ll wait until the dust settles on this one. When you look at the comments in black and white, they don’t look great at all.

“Now I’ve seen the interview, I see his body language, and I’m kind of hoping something has been lost in translation.”