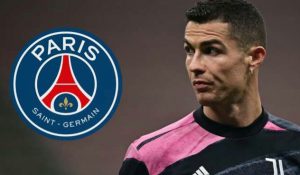 Paris Saint-Germain winger Angel Di Maria claims “Cristiano Ronaldo would be dying to be here”, with the Portuguese superstar among those watching from afar as the Ligue 1 giants pulled off the considerable coup of signing Lionel Messi.
One all-time great has arrived in the French capital, with six-time Ballon d’Or winner Messi committing to a two-year deal at Parc des Princes after seeing Barcelona fail to agree a new contract amid serious financial difficulties at Camp Nou.

PSG had previously been linked with Ronaldo as he enters the final year of his terms at Juventus, but the iconic 36-year-old has, for now, missed out on the chance to join forces with his on-field rival.

Angel Di Maria, who has played alongside both legendary performers on domestic and international stages, told sportdaylight: “Cristiano Ronaldo would be dying to be here. The quality and quantity of players at PSG is something unique.
“It doesn’t happen often in clubs and the greats always want to be with the best. Cristiano would certainly like to be here, but they signed Messi and luckily, it’s better this way.”
Di Maria, who worked with Ronaldo at Real Madrid, added on his fellow countryman who has joined him in France:

“Leo is something unique. For me, it’s very easy to play with him. If you run, he gives you the ball at your feet. There are no excuses. I have a very good relationship with him, even off the pitch.
“I think Messi will feel better here than in Catalunya. With the welcome he has had in Paris, I think he already understands what he represents.”
Few could have predicted that Messi would sever ties with the only club side that he represented at senior level.

One man that expected him to remain at Camp Nou was Sergio Aguero, with the Argentina international striker leaving Manchester City as a free agent to head for Spain.