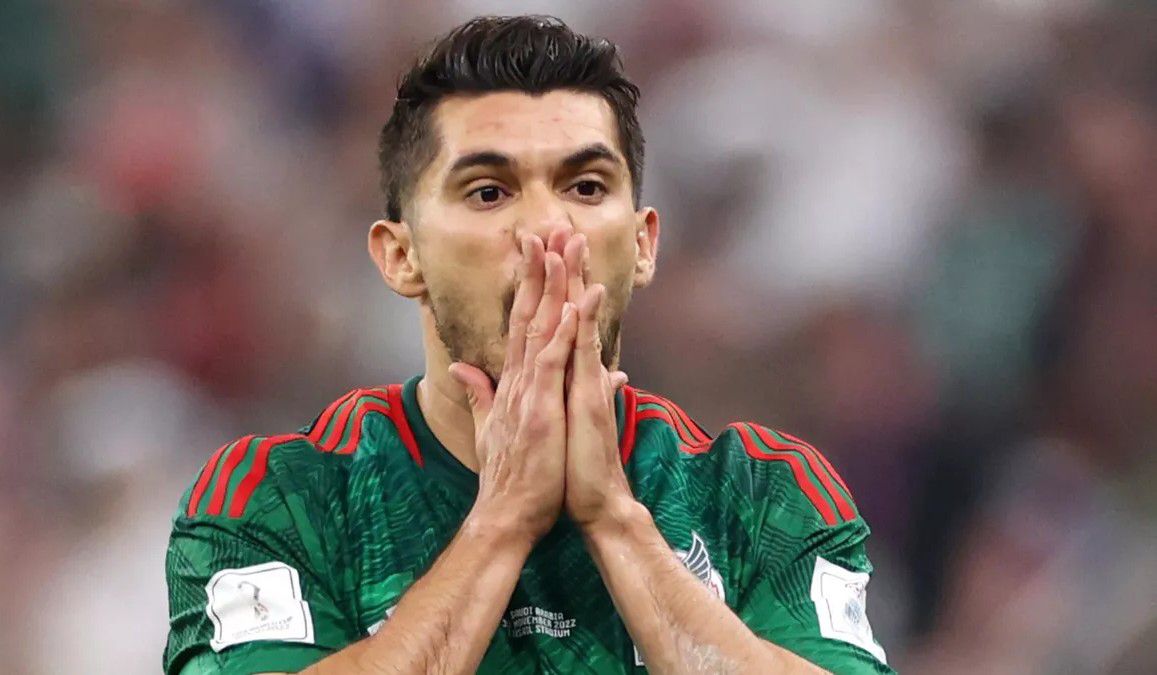 Mexico beat Saudi Arabia 2-1 but crashed out of the 2022 World Cup on goal difference after a dramatic finish.

At 2-0 ahead Mexico were level with Poland in Group C on points, goal difference, goals scored and on their head-to-head record.

They were going out due to getting more yellow cards than Poland but conceded deep into injury-time which meant they missed out on goal difference.

Mexico started the match with a fantastic tempo, showing their attacking intent early on.

Gerardo Martino‘s men found joy in particular on the flanks, they put in a succession of crosses which had the Saudi Arabia defenders scrambling.

Saudi Arabia had a big chance at the other end, Mohamed Kanno fired over with a free kick from around 25 yards out.

When Saudi Arabia did manage to venture forward and lost the ball, Mexico were so quick to counter with four or five players all joining the attack at once.

Mexico, much like they did in the first half, came flying out of the blocks in the second half and found the breakthrough through Henry Martin on the 47th minute.

Just five minutes after opening the scoring, Mexico found the back of the net again, Luis Chavez making it 2-0 with a sensational free-kick from distance.

Mexico pushed and pushed but couldn’t find the third goal, and instead Saudi Arabia scored through Salem Al-Dawsari to make it 2-1.