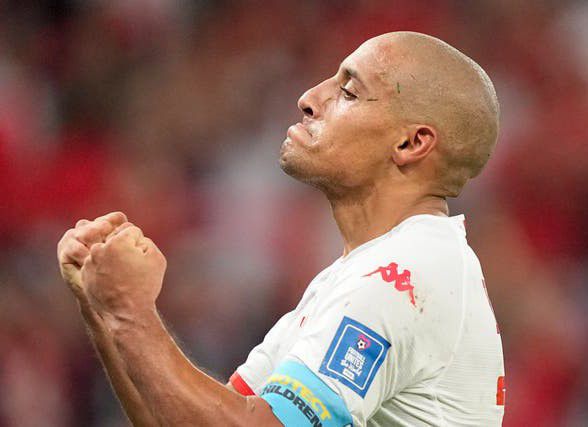 Tunisia secured a famous 1-0 victory over France but it was not enough to put them into the last-16.

Didier Deschamps made nine changes with Les Blues already through to the knockout rounds and the team lacked cohesion and rhythm.

Tunisia were the better team and had a goal disallowed in the first half when Nader Ghandri flicked in from a free-kick.

But they did get one that counted in the second half, Wahbi Khazri was allowed to charge into the box unchallenged and he finished calmy to spark mass celebrations.

France brought on the likes of Kylian Mbappe and Antonie Griezmann off the bench to save the day but they could not change a disjointed performance.

The Atletico striker did score but after a lengthy VAR check in the last minute the goal did not stand.

Tunisia, despite victory, do not go through as Australia beat Denmark as they hoped for a draw. The Aussies progress with France, both on six points.