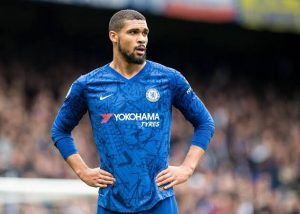 Ronaldo’s agent Jorge Mendes says he is keen to leave the Turin side, and has been looking for a club who are willing to pay a £25m transfer fee for the 36-year-old and take on his wages, which City are ready to do.(Sky Sports)

Meanwhile, Kane is upset Tottenham chairman Daniel Levy would not sanction his sale and the 28-year-old could sign a new contract with the club that includes a release clause. (Telegraph)

Chelsea were priced out of a move for Norway and Borussia Dortmund striker Erling Haaland this summer as his agent Mino Raiola demanded massive fees for himself as well as Premier League record wages for the 21-year-old in the £275m package.(Star)

Read Also: Mikel Arteta Believed Aubameyang Will Back To His Best As Fans Are Back To The Stadium

Pep Guardiola will leave Manchester City when his deal runs out after the 2022-23 season and take a break from football before becoming a national team boss. (Globo, via Manchester Evening News)

Arsenal manager Mikel Arteta is not in immediate danger of losing his job despite the Gunners’ poor start to the Premier League season. Former Chelsea boss Antonio Conte has been linked with replacing him. (Independent)

Liverpool are considering making a move for Sevilla winger Lucas Ocampos despite interest from Wolves for the Argentina star, 27.(Star)

Roma manager Jose Mourinho is planning a £13.5m bid for Chelsea’s English midfielder Ruben Loftus-Cheek. The 25-year-old briefly worked with Mourinho during the Portuguese’s second stint with the Blues. (Mail)

Manchester United will not be able to bid for either Rennes’ French midfielder Eduardo Camavinga, 18, or Atletico Madrid and Spain midfielder Saul Niguez, 26, unless they can sell players to raise funds. (ESPN)

Chelsea are thought to be in pole position to sign Niguez, with Atletico open to selling the Spain international. (Express)

Barcelona and Atletico Madrid have both expressed an interest in signing Manchester City’s Portuguese midfielder Bernardo Silva this summer. Both clubs are said to favour a loan deal for the 27-year-old. (90Min)

Sevilla say they have rejected an offer from Chelsea for 22-year-old French defender Jules Kounde and do not need to sell any players. (Goal)

Chelsea and RB Leipzig are possible destinations for Barcelona midfielder for Ilaix Moriba if the 18-year-old Guinean does not renew his contract with the La Liga side. (Mundo Deportivo – in Spanish)

Arsenal and Brazil winger Willian, 33, is trying to secure a move to Corinthians. (Sun)

Former Arsenal and England midfielder Jack Wilshere, 29, says he is considering retiring after receiving no offers following his release by Championship side Bournemouth. (Athletic – subscription required)

Wolves want to join the race to sign Lille and Netherlands defender Sven Botman, 21, with the player being linked with the likes of Tottenham and Liverpool in the past. (HITC)