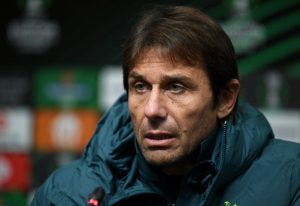 Tottenham return to action on Sunday when they host title-challenging Liverpool in the Premier League.

Spurs have been out of action since December 5 due to a raft of positive Covid tests at the club.

They are now ready to take to the field again and welcome in-form Liverpool to north London on Sunday.

Jurgen Klopp’s Reds have also been hit by Covid cases but overcame that to see off Newcastle on Thursday night.

The Merseysiders are eager to maintain pace with title rivals Manchester City.

Sergio Reguilon, Emerson Royal and Bryan Gil are all doubtful for this clash.

Divock Origi will likely miss out again through injury while Nathaniel Phillips and Harvey Elliott are sidelined.

Roberto Firmino could return to the starting line-up after overcoming his recent injury.

Liverpool boss Asked whether the game could be called off,

“I don’t know. We have now in the moment games to play and Thursday-Sunday is a tough rhythm.

“We have no information about Tottenham, I don’t know anything about [it].

I have no idea if they train since today, from tomorrow or since a week. I have really no idea.

“It’s difficult to get any kind of information which is part of a preparation for a game.

“Integrity of the game? I don’t know when these games will all be played.

Where is the space for them to be played? I don’t know all these kinds of things.

“We don’t think we shouldn’t play on Sunday, honestly. But I say that now.

If in two hours when the players arrive here and we have six, seven, eight more cases then of course we cannot play.

“But in a situation like we are now, we can play and we would like to play. That’s it, pretty much.”