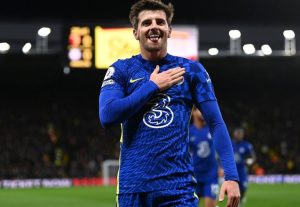 Chelsea will be desperate to return to winning ways on their Premier League trip to Wolves this weekend.

The Blues lost ground in the title race to rivals Manchester City and Liverpool after slipping to a 1-1 draw to Everton on Thursday.

Thomas Tuchel’s side had already been struggling with a succession of injuries before their squad was also hit by a Covid outbreak in midweek.

Wolves, meanwhile, bounced back from a defeat to City by battling to a 1-0 victory away at Brighton on Wednesday.

Wolve  can welcome back talisman Raul Jimenez back from suspension following the red card he received at the Etihad.

However, Wolves are expected to be without both Rayan Ait-Nouri and Hwang Hee-chan after the pair suffered injuries against Brighton.

Chelsea  are dealing with several cases of coronavirus with Callum Hudson-Odoi, Timo Werner, Romelu Lukaku all set to miss this fixture.

Kai Havertz was also struggling with illness with Ben Chilwell the only long-term absentee for the Blues.