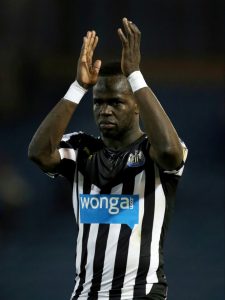 There was a heart-warming moment at St James’ Park when Cheick Tiote’s son pointed to his late father’s name on a wall outside the ground.

Tiote tragically died in 2017 after suffering a cardiac arrest during a training session for Chinese club Beijing Enterprises.

The midfielder will also be remembered fondly by Newcastle fans during his six-and-a-half years in the north east between 2010 and 2017.

He made 156 appearances and scored one goal. 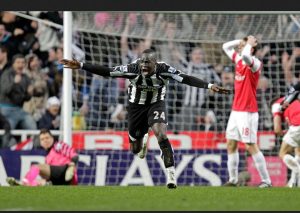 And it is a goal that all supporters will remember for a long time.

It was a 25-yard equaliser in the famous game where Newcastle came back from 4-0 down against Arsenal to draw 4-4.

His young son was pictured at St James’ Park on Sunday.

For the match against Tottenham, which was the first since the £305million takeover by a Saudi group.

The youngster was seen pointing out his late father’s name on a wall outside the ground. 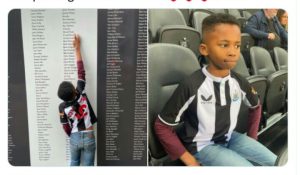 And then also sitting in a Newcastle shirt inside the stadium.

The images were posted on social media and fans responded with positive messages and well wishes.

The match at St James’ Park saw the Magpies lose 3-2 to Spurs,

in a game that was stopped for around 20 minutes due to a medical emergency in the crowd. 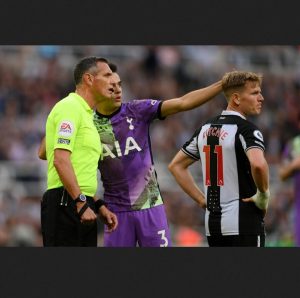 A fan suffered a reported cardiac arrest with Tottenham stars Sergio Reguilon and Eric Dier swiftly making the referee and medical staff aware of what was going on.

An A&E doctor who was in the stands quickly started CPR – that coupled with the use of a defibrillator helped save the person’s life.

Newcastle confirmed the man was stable and responsive after being taken to hospital.