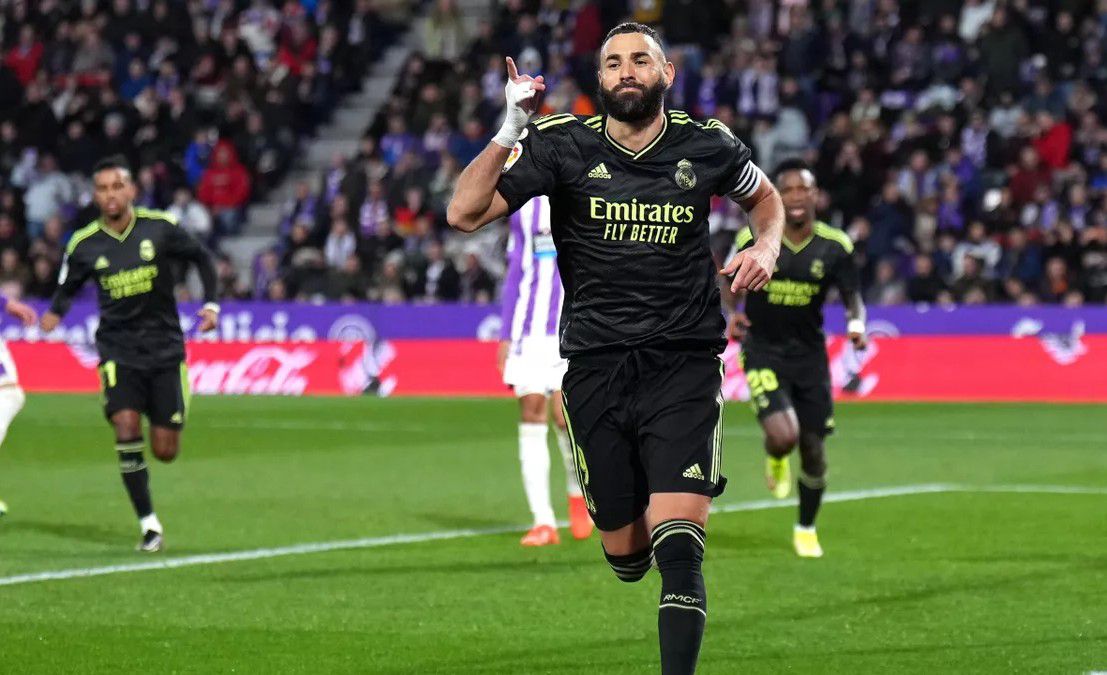 Inside the first 15 minutes Madrid were denied a penalty despite Javi Sanchez’s apparent handball, with Carlo Ancelotti left furious at the decision.

Valladolid had been stretched almost to breaking but from midway through the first half they were the dominant side.

while the hosts had a penalty appeal of their own turned down before another Aguado chance.

On the hour mark, Valladolid lost both Roque Mesa and Julian Escudero to injury, while Madrid introduced Lucas Vazquez and Rodrygo.

Another trio of brilliant Courtois saves were required to keep the scores level with 20 minutes to play.

With 10 minutes to play, Rudiger headed onto the arm of Sanchez and this time the VAR intervened to award the champions a late penalty. In the furious aftermath, Sergio Leon was sent off.

Benzema stepped up to convert the spot kick after a long wait.

Shortly afterwards Benzema wrapped up the victory with his second goal, courtesy of a Luka Modric cameo, to give Madrid possession of top spot in La Liga.