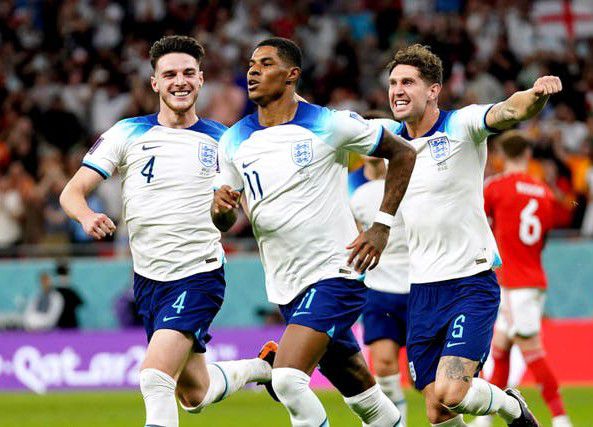 England beat Wales 3-0 to win Group B and set up a Round of 16 clash with Senegal.

The Three Lions dominated the ball in the first half, with the Welsh side sitting deep and looking to counter when they could.

Gareth Southgate’s men started to really test the Welsh defence towards the end of the first half.

Despite needing a win, Rob Page would have been fairly happy with Wales’ performance in the first half.

Marcus Rashford put the Three Lions 1-0 up with a thumping free-kick and just one minute later Phil Foden made it two, firing home following a great Harry Kane cross.

Wales began to go forward with more frequency but as a result left bigger gaps at the back for England to exploit.

Marcus Rashford made it 3-0 on 68 minutes, cutting inside superbly on the right-hand side before lashing home an effort through Danny Ward’s legs.