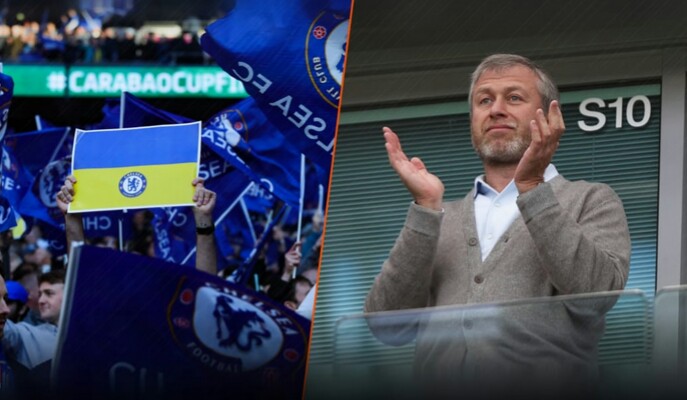 Chelsea’s owner Roman Abramovich has been hit with sanctions from the UK government following Russia’s invasion of Ukraine.

Abramovich has seen his assets frozen, including Chelsea Football Club which he put up for sale on 2 March as the threat of action loomed due to his links to Moscow and aggressor president Vladimir Putin.

Although the sale of the club is still possible as long as Abramovich does not profit,

transfers and contract negotiations will inevitably be affected in the meantime as the sanctions block the current owner from making money in the UK.

Chelsea are effectively under a transfer embargo (yes, again), with permanent deals and loan transfers banned for the foreseeable future.

A successful takeover would change that, as Roman Abramovich would no longer be financing deals or profiting from sales.

With several key defenders set to depart Stamford Bridge in the summer, Chelsea had been expected to pursue at least one centre-back, as well as a central midfielder.

The overall upheaval and noise surrounding the Blues could be off-putting for any potential arrivals.

Can Chelsea still sell or loan out players?

Again, the answer is no for both loans and permanent deals.

This could become problematic because Chelsea would have hoped to shift the likes of Ross Barkley, Ruben Loftus-Cheek, Michy Batshuayi, Ethan Ampadu and Tiemoue Bakayoko in the summer.

They will all still have at least a year left on their respective contracts at the end of the season.

One small positive is that some members of the returning loan army will be free agents at the end of June.

and maybe even Billy Gilmour will be given a chance in the first team.

or beyond would be marooned in the youth teams.

Can existing loans & transfers be paid?

Chelsea can still pay off any money owed for current loanees or permanent members of the squad.

Saul Niguez is the only player currently on loan at the club and he is not expected to stay beyond the summer.

The Blues agreed to pay a £4m loan fee to Atletico Madrid for the midfielder, who has struggled to make an impact since arriving at Stamford Bridge.

Chelsea will almost certainly still owe money to the likes of Inter and Bayer Leverkusen for big-money transfers involving Romelu Lukaku and Kai Havertz (and others) in recent years.

Again, the answer is no – and that is significant given the predicament Chelsea find themselves in with three of their key defenders.

Antonio Rudiger, Andreas Christensen AND Cesar Azpilicueta are all out of contract in the summer,

and although it was becoming increasingly improbable, Chelsea still had designs on keeping them all.

However, Christensen is already very close to joining Barcelona, and it now seems highly likely that,

Rudiger and Azpilicueta will follow him through the exit door unless there is a very swift resolution to the sale of the club.

The Blues had been set to open talks with N’Golo Kante over a new deal too, with his current terms expiring in 2023,

but the Frenchman will now have to wait to put pen to paper.

Jorginho is another first-team regular whose deal runs out next year.

Will players want to stay?

This is obviously subjective and will very much depend on how quickly the situation is resolved.

The sanctions may well help Rudiger, Azpilicueta and Christensen make up their minds and Chelsea will be unable to stop them from walking away.

However, given the uncertain period facing the club, any key players who are still under contract will be unlikely to be allowed to leave.

The fact some could be stuck on the same money when they were due a renewal could lead to disgruntlement.

Once a takeover is eventually completed, then the players’ mindsets will probably depend on the funds available and the ambition of the new owners.