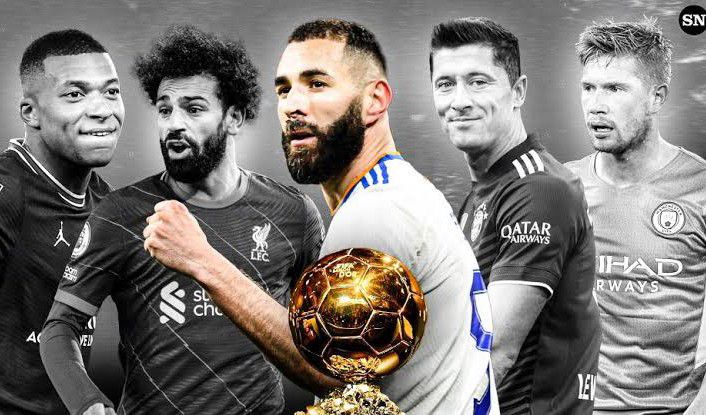 Football’s most sought after individual award is on the agenda once again as the 2022 Ballon d’Or winner is crowned.

This year’s shortlist has been put forward by France Football, with seven-time winner Lionel Messi a notable absentee for the first time since 2005.

The award is now based on performances over the season, rather than a calendar year.

As a result Karim Benzema is a heavy favourite to win the Ballon d’Or, after firing Real Madrid to

La Liga and Champions League glory last season, and he looks set to join team-mate Luka Modric as the only players other than

Messi and Cristiano Ronaldo to pick up the award since 2008.

There is plenty of Premier League representation on the 30-man shortlist,

with Trent Alexander-Arnold, Phil Foden and Harry Kane the three English players to be nominated.

Erling Haaland’s incredible start to the season will not benefit him in the voting, but he looks well set to be a major contender for the 2023 award.

When will the 2022 Ballon d’Or winner be announced?

The winner will be crowned on Monday, October 17 at the Theatre du Chatelet in Paris, with the ceremony set to begin at 7:30pm BST.

Read Also: Florentino Perez: No One Can Take The Ballon d’Or Away From Benzema

What other awards will be given out?

The Feminin Ballon d’Or winner will also be announced, with Lucy Bronze, Millie Bright and Beth Mead the three England players on the shortlist.

Chelsea’s Sam Kerr and Arsenal’s Vivianne Miedema are also among the 20 players nominated, with Women’s Champions League winners Lyon having five players up for the award.

Bukayo Saka and Jude Bellingham are both on the ten-man shortlist for the Kopa Trophy, given to the best men’s U21 player,

while there are four Premier League goalkeepers nominated for the Yashin Trophy.

Alisson Becker, who won the inaugural award in 2019 is on the shortlist once again, as are Ederson, Hugo Lloris and Edouard Mendy.