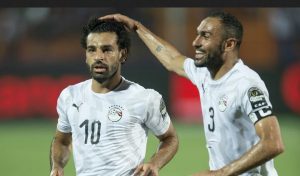 It’s nearly time for the delayed 2021 Africa Cup of Nations, where some of the game’s top talents will battle it out for continental glory.

24 teams have travelled to Cameroon, and of those, there are more than a handful who can genuinely dream of getting their hands on the trophy when all is said and done.

Here’s a rundown of the top 10 contenders… 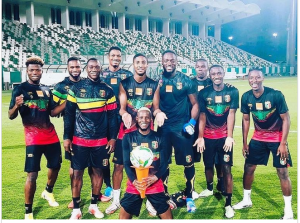 With some real firepower and what looks like a friendly route to the knockout stages, Mali have a chance to make some noise here.

Yves Bissouma, Amadou Haidara and Moussa Djenepo are three of their biggest names, and they should make a splash in Group F.

Just how far those stars will be able to guide the team is up for debate, but Mali should enjoy a fairly lengthy run. 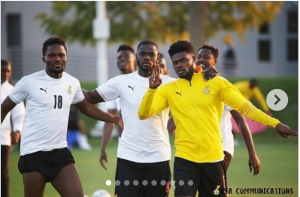 Four-time winners Ghana could have a long tournament or a short one.

They’re in Group C alongside Gabon and title-hopefuls Morocco, so we’ll know a lot about their pedigree after just a few weeks.

If they can get it going early on, expect big things.

Thomas Partey is the main leader and young stars like Kamaldeen Sulemana and Mohammed Kudus are expected to light it up as well.

Ghana have a good core of players, but once they start dancing with the heavy favourites, they might not have enough about them. 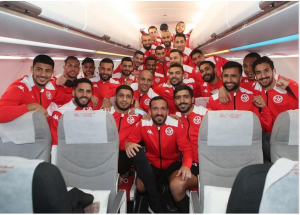 The draw hasn’t been favourable to Tunisia. They’ll likely walk Group F but will have to beat one of the Ivory Coast or Algeria if they want to make it into the quarter-finals.

That’s not totally outside the realm of possibility.

Led by Wahbi Khazri and with Ellyes Skhiri and Hannibal Mejbri lighting it up either side of the midfield, Tunisia are a really nice side.

However, if we’re being honest, it doesn’t seem likely. 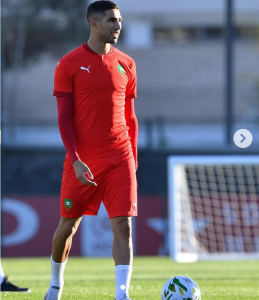 AFCON qualification top scorer Hakim Ziyech has been dropped from the squad following a clash with manager Vahid Halilhodzic, and that won’t do Morocco’s chances of winning much good.

In Ziyech‘s absence, it’ll be down to Achraf Hakimi and Youssef En-Nesyri to do most of the heavy lifting, with Sofiane Boufal and young llias Chair ready to do the creating.

Dropping Ziyech is a huge call and one which might end up stunting Morocco’s progression here. 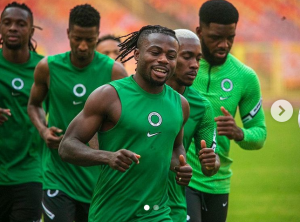 Nigeria would be a lot higher up here if they had Napoli’s Victor Osimhen, Genk’s Paul Onuachu or Watford’s Emmanuel Dennis, none of whom have travelled.

They’ve still got real quality, however. Kelechi Iheanacho, Moses Simon and Samuel Chukwueze lead the line, but Nigeria will likely be ruing missed opportunities with three of their stars absent.

The Super Eagles will need to beat Egypt to top spot in Group D if they want to avoid Algeria in the last 16 and that is a tall order. 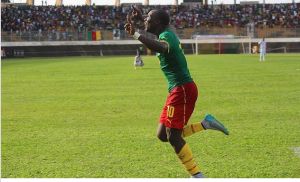 Not only do hosts Cameroon have home advantage, but they have stars across the board in different areas of the pitch.

Goalkeeper Andre Onana will be relishing playing football again and he’ll enjoy watching Andre-Franck Zambo Anguissa in midfield in front of him, but where Cameroon are most devastating are in attack.

Karl Toko Ekambi, Vincent Aboubakar, Ignatius Ganago and Eric Maxim Choupo–Moting help make up a real monster in the final third which could overwhelm a lot of opponents. 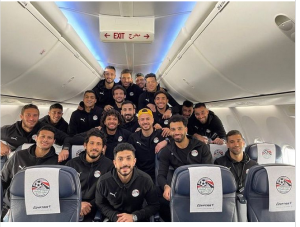 Egypt are an above average side who just so happen to be blessed with perhaps currently the best player on the planet in Mohamed Salah.

Most of their hopes will rest on the shoulders of Salah, who is in devastating form and is more than good enough to carry the team on his own, but that’s assuming no other opponents can figure out a way to neutralise him.

That would be a concern for Egypt, whose squad is lacking in other bona-fide superstars. They’ll need Salah if they’re going to win.

Keep an eye on Group E. Ivory Coast are one of the tournament favourites and will have to butt heads with another contender – and current holders, Algeria, for a simpler route to the final.

On paper, that could be a tough ask, but Les Elephants have a huge squad bursting with talent that could see off any opponent on any given day.

Sebastien Haller is in the form of his life in attack, and he’s complimented by Wilfried Zaha, Franck Kessie and Nicolas Pepe up top. The Ivorians are here to compete. 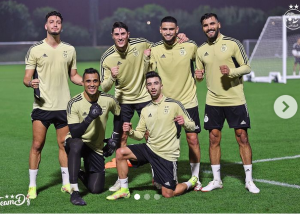 We’ve spoken a lot about how scary facing Algeria will be, and that’s with good reason. The reigning champions are still undoubtedly one of the continent’s top sides.

With Riyad Mahrez, Islam Slimani and Said Benrahma in attack, Algeria are as scary as any side here, but they’ve also got talent in midfield and at full-back, where Ramy Bensebaini and Youcef Atal can wreak havoc.

If they can finish above the Ivory Coast as expected, Algeria will be favourites for every fixture they encounter up until the semi-final at least, so expect them to make some noise late on. 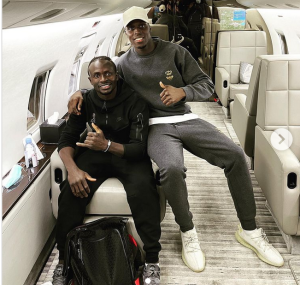 Few squads have the same kind of quality as Senegal. Wherever you look, you’ll find stars.

Sadio Mane is sensational up top, Kalidou Koulibaly could be the tournament’s best defender and Edouard Mendy will be in the Golden Glove conversation when all is said and done.

But that’s only the tip of the Senegalese iceberg.

Their depth is unrivalled and they’re the highest-ranked African side in the FIFA rankings for a reason.

If Senegal don’t reach the final, something has gone horribly wrong.

Three Finalist: Salah, Mane And Mendy Ready To Battle For African Footballer Of The Year