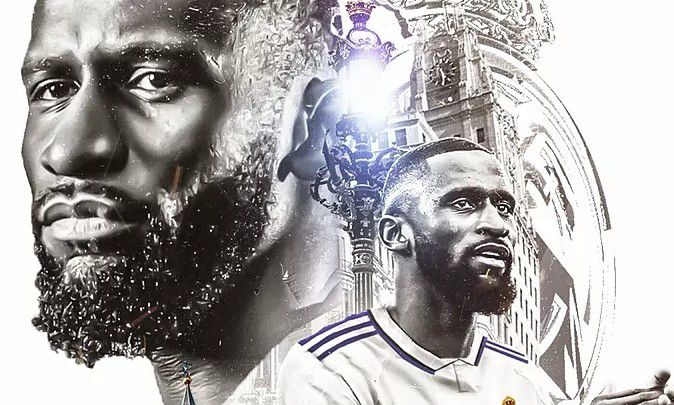 Antonio Rudiger has been announced as a new Real Madrid player and the 29-year-old centre-back has spoken about his excitement at moving to the Spanish capital.

After Real Madrid released a statement to confirm his arrival, the player took to social media too to share a message.

“I’m proud to announce that I’ll be joining Real Madrid,”

“I’m super excited for all the challenges ahead and can’t wait to play my first games for this huge club.”

Before it was confirmed that he’d be joining Real Madrid, Rudiger had already said goodbye to Chelsea.

“I came here alone, and now I have a wife and two beautiful kids.

I also have a new brother for life named Kova [Mateo Kovacic].

“I have an FA Cup, a Europa League and a Champions League medal.

And of course, I have hundreds of memories that will stay with me forever.”

He did also, however, reflect on how contract renewal talks had been difficult at Chelsea.

“Business is business, but when you don’t hear any news from the club from August to January, the situation becomes complicated.

“After the first offer, there was a long gap of just nothing.

“We’re not robots, you know? You cannot wait for months with so much uncertainty about your future.”

Now, his future is decided and he is set to play for Real Madrid for the next four seasons.