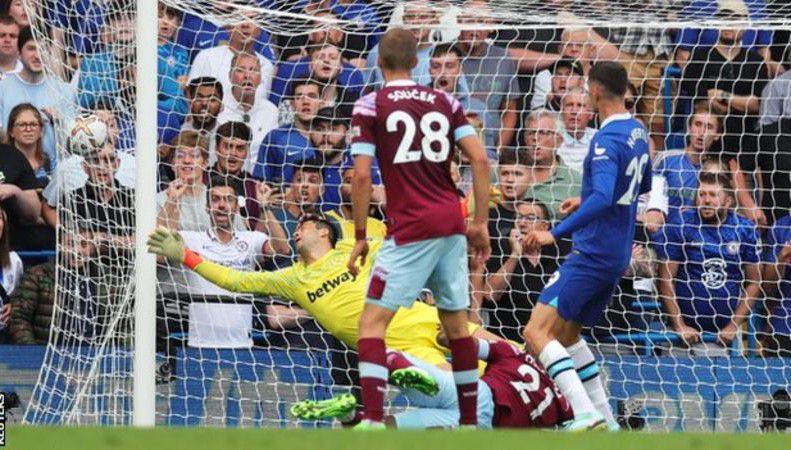 Kai Havertz scored a late winner as Chelsea came from behind to record a dramatic victory over West Ham, who had a 90th-minute Maxwel Cornet equaliser ruled out.

The Hammers frustrated Chelsea in a first half that saw plenty of home possession but no shots on target for either side,

and looked to have executed their gameplan to perfection when Michail Antonio scored from a rare attack after 62 minutes.

The forward bundled in from close range after Blues goalkeeper Edouard Mendy failed to deal with a corner, but the visitors’ lead was wiped out 14 minutes later.

Chelsea, on the back of a record summer of spending and with £70m arrival Wesley Fofana making his debut, had struggled to break down

David Moyes‘ side before Ben Chilwell snuck in to level from a tight angle shortly after coming off the bench.

It sparked a frantic finish, with Cornet almost winning it late on for the visitors, only to see his header come back off the post and the Blues immediately score themselves through a clinical Havertz header from Chilwell’s cross.

There was still time for more drama as Cornet pounced, but only after a foul on Mendy that was awarded once referee Andrew Madley consulted the pitchside monitor.