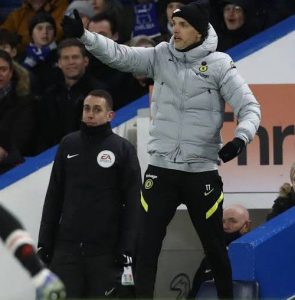 The past week has provided Chelsea’s weary players with a chance to relax and recharge.

Many have travelled abroad, using the time off to get some sun and switch off from the demands of what has been a gruelling 2020/21 campaign.

Thomas Tuchel and his coaching team have also had the opportunity to enjoy a much-needed break.

Although, calls will have been fielded by the Chelsea head coach given the transfer window is open.

In the coming days, the Blues squad will regroup at Cobham and begin to focus on the second half of the season.

There is still plenty to play for.

Up first is the FA Cup fourth-round tie against Plymouth Argyle.

Then comes the Club World Cup in UAE and the opportunity to lift further silverware.

– and there is the not insignificant matter of the Carabao Cup final against Liverpool.

The chase to finish in the Premier League top four will also be back on.

It’s why this week-long break could prove so important to Chelsea’s season.

Tuchel himself admitted his players were drained after a run of 16 matches in a little more than seven weeks.

“We’re mentally tired and physically tired,” the German said after his side’s 1-1 draw with Brighton and Hove Albion on January 18.

“I simply refuse to be angry. This can happen at an away game in the middle of January.

“Don’t tell me it’s never happened to Chelsea teams before. We didn’t achieve our full potential and we want to do better but welcome to reality. We have to accept it’s a certain level of fatigue.”

Here, are four players who will have a point to prove once Chelsea’s campaign restarts. 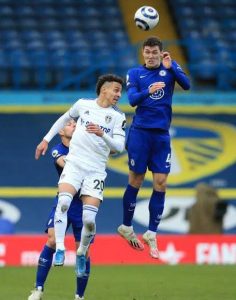 The Dane has not had an easy time of it since the start of December. Off the pitch, his future remains uncertain:

Christensen is out of contract in the summer and Chelsea’s attempts to extend his deal have so far not proved fruitful.

On the pitch, meanwhile, the 25-year-old has completed 90 minutes just twice in the last two months due to a back injury and a positive Covid test.

Christensen’s absences – coupled with a hamstring injury to Trevoh Chalobah in January – forced Tuchel to rejig his defence and use a back four.

That the experiment proved successful was hugely important for the remainder of Chelsea’s season but may make it harder for the Denmark international to regain his place in the starting XI.

The academy graduate has played his best football at Chelsea as part of a back three,

either as the middle centre-back or out on the right. And while he has been used in a four previously, he hasn’t looked as assured.

Christensen is expected to return to the first-team picture after the break.

He will face a challenge to haul himself above Thiago Silva, Antonio Rudiger, Cesar Azpilicueta, Trevoh Chalobah, and now Malang Sarr in the defensive pecking order, be that as part of a back three or a four. 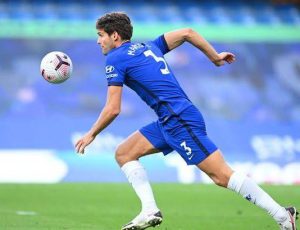 When it was confirmed Ben Chilwell was to miss the rest of the season with a knee injury.

Chelsea supporters expected the Spaniard to play at left wing-back week in, week out.

And that is what initially happened as Alonso started 11 consecutive Premier League games.

That did take a toll on the 31-year-old, who cut a battle-worn figure in early January.

A solution was needed and that is when Tuchel turned to a back four.

Sarr came in at left-back for the Carabao Cup semi-final, second leg and performed well.

And that obviously stayed in Tuchel’s mind as the Frenchman was used in the role for the Premier League win over Spurs.

“When we needed him, relied on him, he was reliable and he was there. Very good. He knows his role very clear.”

“He appreciates to be in the team and when is necessary he steps up and shows he can be a strong teammate and player.”

Tuchel has already intimated Chelsea will use a back four again this season.

Perhaps not every week and perhaps not against the strongest sides, but it is an option he will consider going forward.

And that will put pressure on Alonso as Sarr is more defensively sound than the Spain international and is more mobile too when used as a full-back. 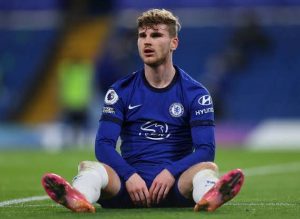 Tuchel has spent much of the last month trying to find a combination of attackers that will help Chelsea win matches.

Yet due to suffering from Covid and a lack of form, Werner has become the odd man out.

The German international has started just four times for Chelsea since the beginning of December.

While he has three goals in those, they came against Zenit St Petersburg and Chesterfield in the Champions League group stage and FA Cup, respectively.

Chelsea, of course, expected more from Werner when they paid RB Leipzig £49.5million in the summer of 2020.

He was meant to be the goalscorer that fired the Blues to the Premier League title but has netted only seven goals in the top-flight in 46 appearances.

It’s understood Werner would prefer to play in a front two; no surprise given that was the case at Leipzig where he was so prolific.

But that is unlikely to happen at Chelsea on a regular basis – unless Tuchel tweaks his system once again.

So Werner will have to find his form as either a lone nine, a left or right 10, or out on the flanks when Chelsea play with a back four.

And that is admittedly easier said than done given his skill-set. 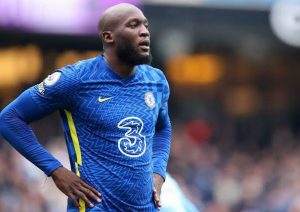 The Belgian striker hasn’t made things easy for himself at Chelsea.

Given his controversial interview with Sky Italia that was released in December.

Not only did it anger Tuchel and disrupt the harmony of the first team, but it also piled more pressure on Lukaku to deliver at Stamford Bridge.

The 28-year-old has struck eight goals this term, yet four of those came during his opening four matches.

He has since only struck against Zenit, Aston Villa, Brighton and Chesterfield.

There is a fair argument that Chelsea do not always play to Lukaku’s strengths.

However, Tuchel has made it clear he will not remould his entire system to ensure the Belgium international is constantly supplied.

“This is a team sport, it’s not about ten players serving one player.”

“This is not Chelsea, and this is not football. Every player serving the team is the highest principle, and this will never change.”

Chelsea paid Inter Milan a club-record £97.5million to sign Lukaku in the summer.

He was expected to succeed where Werner failed, to be the man to transform the Blues from a cup-winning side to a title-winning outfit.

There is no doubt he has the ability to do so and Tuchel will hope the break has given the striker a chance to regroup and attack the second half of the campaign.