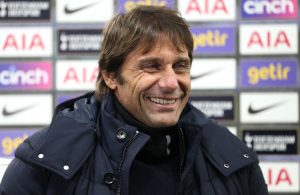 A title winner in England with Chelsea in 2017, Conte returned to the English top flight with Spurs in November.

The Italian was seen as a huge coup when he agreed to replace Nuno Espirito Santo in the dugout, joining months after winning the Serie A title with Inter Milan.

Under Nuno, Spurs were struggling to deal with the fallout from Harry Kane’s failed £100million move to Man City.

While experiencing issues at the back when Toby Alderweireld joined fellow stalwart Jan Vertonghen in leaving the club.

However, despite a tough start from Conte that saw a scoreless draw against Everton and a comeback win over Leeds.

He’s now settled into his new job, with his side unbeaten in six league matches, claiming four wins, to re-join the Champions League race.

O’Hara believes, despite receiving criticism from West Ham fans, his club are now back under Conte having recently leapfrogged their London rivals in the table.

“People were digging me out when Conte came in.”

“I was saying ‘we’re back,’ Hammers fans were getting on and I was going viral.

“Look at [West Ham now] they’ve fallen away. Spurs are back with Antonio Conte.” 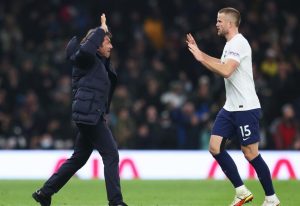 Two-time Champions League winner Mourinho failed to lift a trophy in almost 18 months at the Tottenham Hotspur Stadium, and O’Hara thinks Conte is a man on the up, unlike Mourinho.

And he even claims, after just weeks in the job, Conte is the best manager Spurs have ever had in the Premier League era.

Even better than Mauricio Pochettino who led the club to their first ever Champions League final.

“He is for me, in my era of watching and knowing Spurs in the Premier League, this is the greatest manager we’ve had.”