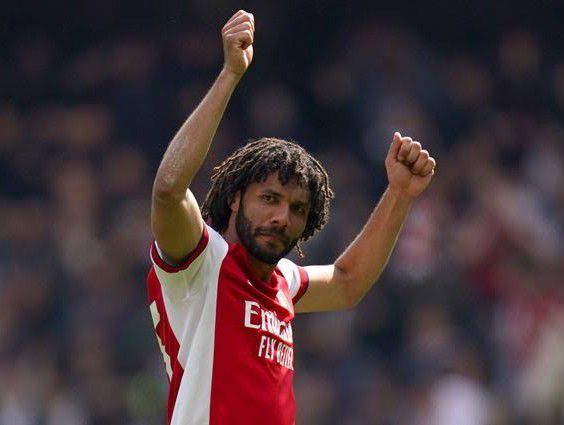 Mohamed Elneny vowed he would happily sign a new contract with Arsenal even if the Gunners only wanted him around in a backup role.

midfield with at least one new signing – Ruben Neves and Youri Tielemans are among Mikel Arteta’s targets.

Elneny has started just three Premier League games this season and he is under no illusion over his standing in the squad,

but the Egyptian has admitted that he doesn’t care.

When asked if he would be happy to sign an extension to sit on the bench, Elneny told The Independent: “Of course.

“I always love a challenge and give 100% all the time.

I don’t decide who plays but I keep going in training to show how good I am and to make him play me.

“If I don’t play I keep going until I get my chance.

If Arsenal say ‘we want you’ I don’t think about leaving.

It’s my family for six years. I love this club.”

Elneny had been tipped to leave Arsenal in January but he ended up staying at the request of Arteta, who wanted him around as cover for

Thomas Partey and Granit Xhaka – a decision which has worked out well as Partey’s season looks to be over.

“He didn’t say anything,” Elneny added on Arteta’s way of persuading him to stay.

“He just trusts me and he put me in the big games. And I have to thank him for that.

“I will keep going and not think about anything else, just focus on my performances to help the team reach our goal.

The contract and stuff, I’m just waiting for the club to decide what they want.

“Mikel is always really close to all the players.

We always talk together and he gives us confidence all the time.

“He gives us the chance to play games and the most important thing is that he trusts his players.

“I’m really happy to be one of the starting XI for these two games.

I gave everything in training to be one of the starting XI every game and I got my chance and I think I did well.

Most importantly, we won the two games.”