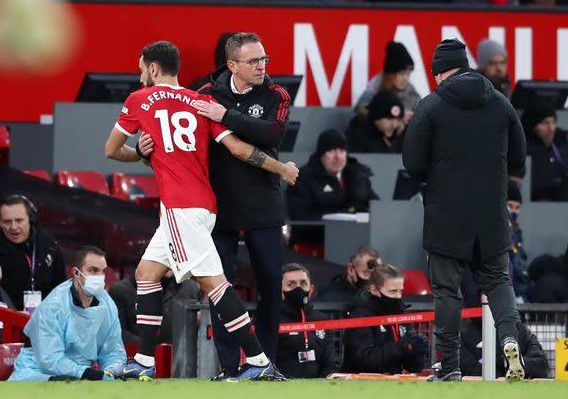 Rangnick enjoyed relative success initially, pushing United back into the Premier League top four by the middle of February after losing only one of his first 11 league games.

But the wheels spectacularly fell off for the German, who is noted for his particular style of intense high pressing.

In the last stretch of the season when United lost six of their final 11 games and took only 11 points from a possible 33 on offer to finish sixth.

Fernandes hinted it was simply the wrong time for Rangnick to do it, especially when he was working with players whose confidence was shot to pieces.

“Ralf came with his idea of playing with intensity and pressing and how he was used to playing in Germany.

But it did not quite work out with us because there was an atmosphere between everyone where the confidence was low and everything was really down.”

“It is really difficult to come off when you are in that run.

“It is nothing to do with Ralf. He tried his best. He is a good manager with good ideas but it did not fit with everyone.

This is because the team had been built with Ole and his idea, and then a new manager comes in with [his own idea].

“That probably could be the difference at the club because every manager who has been here has had different ideas, so they bring different players in.”