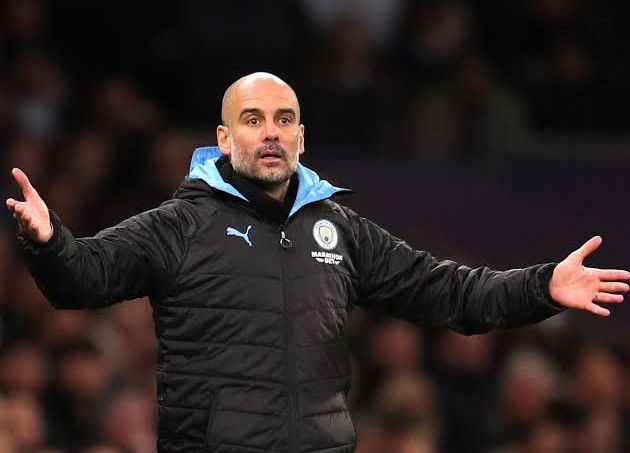 Manchester City manager, Pep Guardiola has responded to Patrice’s Evra’s comments that his management style makes players feel like they are stripped of autonomy and commanded as if in a Playstation game.

Guardiola suggested the jibe is an attempt to get a job at rivals, Manchester United.

“I don’t want personality? Well. I don’t agree, Patrice! I don’t play. I need personalities and good players to play on the pitch.

I have had nice, incredible players in my past as a manager at Barcelona, Bayern Munich and here.

Most of them have won World Cups, European [Championships], Champions Leagues and leagues.

“Patrice — if we were together, I would show you the personality and character of my players right now that we have, absolutely.

Maybe Evra is right or maybe he’s doing a good quote to come back to Manchester United to work there.