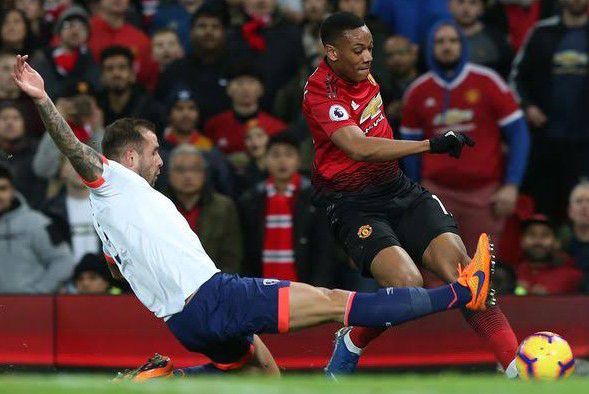 Casemiro is in line to make his Manchester United debut against Southampton this weekend.

Erik ten Hag is expected to confirm that the new £70million signing is eligible to play at St Mary’s on Saturday, leading to a bit of a selection headache for the manager.

Christian Eriksen and Scott McTominay started as the central midfield duo in the win over Liverpool, with either player vulnerable to being benched if Ten Hag wants to give Casemiro a place in the line-up.

The United boss said on Friday:

“Casemiro is fit. He did all the training sessions. He trained first individually and the last days he trained with the team.”

There will be no starting berth for Anthony Martial despite an impressive return from injury via the bench, as he picked up a fresh Achilles injury.

Cristiano Ronaldo is another player looking to push into the XI.

“Martial came out with a problem on his Achilles, out of the game, so we have to wait,” said Ten Hag.

“I cannot tell a prognosis, how long it takes. I hope he will be available for the next game.”

Victor Lindelof is the only senior player out injured for United, leaving Raphael Varane to Lisandro Martinez free to form a defensive partnership ahead of Harry Maguire.

Ten Hag will address the media on Friday to discuss his plans for the lunchtime kick-off.