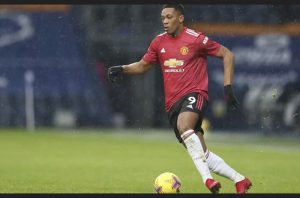 Anthony Martial appears to have taken another step towards a move to Sevilla, with the revelation that he has asked to leave Manchester United.

The Andalusian side are known to be admirers of the French forward, and United head coach Ralf Rangnick has admitted that the player wants out, although he also said that there have been no offers for him to leave.

“We spoke yesterday at length and he explained to me that he has been with Manchester United now for the last seven years and he feels that it might be the right time now for a change, to go somewhere else.”

“I know this is in a way understandable and I could follow his thoughts but on the other hand it’s also important to see the situation of the club.

We have COVID times, we have three competitions in which we still have high ambitions and want to be as successful as we can be.

So far as far as I know, there has been no offer from any other club. And as long as this is the case, he will stay.”

The Man Utd boss Rangnick’s words provide mixed messages for Sevilla as on the one hand they know Martial is keen on a move, but on the other that Manchester United won’t necessarily let him go easily.

If they can tempt United to part with the 26-year-old, they will then have to think about his wages, which are currently more than 236,000 euros per week.

Martial joined Manchester United from Monaco for 60 million euros in 2015 and has since scored 79 goals in 268 games for the club.