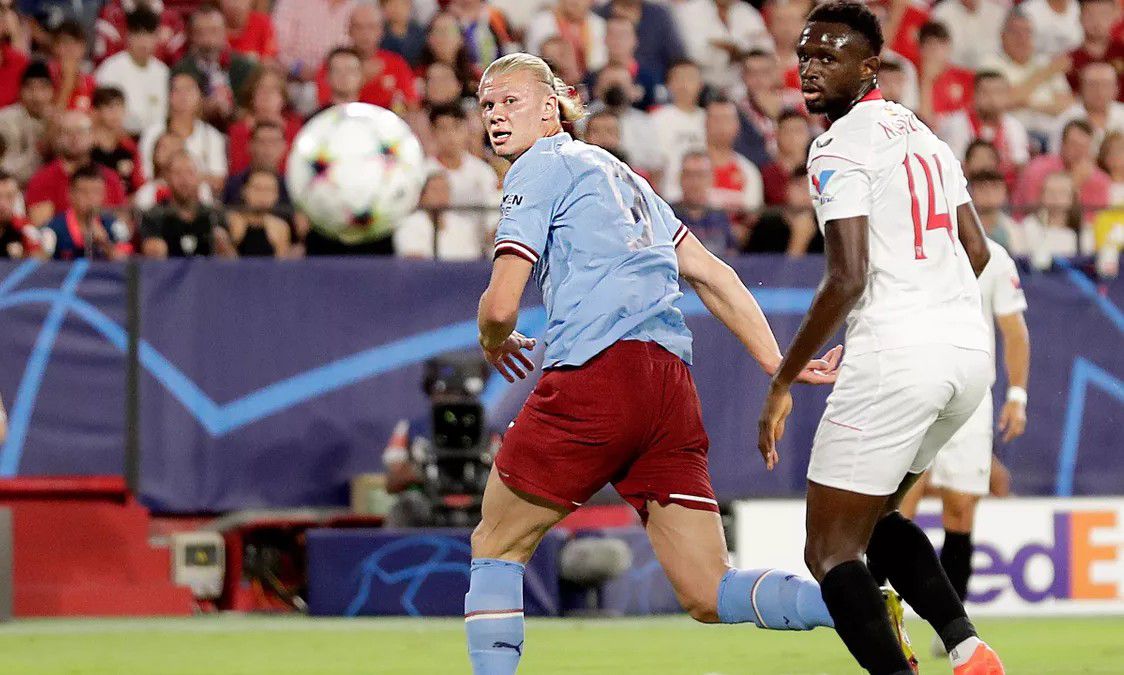 Erling Haaland scored another brace to take his Champions League tally to 25 goals as Manchester City went top of Group G with a comfortable 4-0 win over Sevilla at the Ramon Sanchez Pizjuan.

The 22-year-old gave Pep Guardiola’s side the lead with just 20 minutes on the clock, as he latched onto a Kevin De Bruyne cut-back and

scored an easy tap-in beyond Yassine Bounou to notch his seventh goal from inside the six-yard box this term.

The visitors doubled their advantage 18 minutes into the second half, as Phil Foden did really well in the box to beat Sevilla defender Nemanja Gudelj before slotting the ball into the bottom corner.

Haaland had his brace in the 67th minute, as Foden’s initial effort on goal was parried by Bounou to the path of the forward, who then

placed an easy tap-in into an empty net to score his 25th Champions League goal in just his 20th match in the competition.

Ruben Dias adding a fourth in injury time with an easy tap-in to see City to go top of their group ahead of Borussia Dortmund, and hand