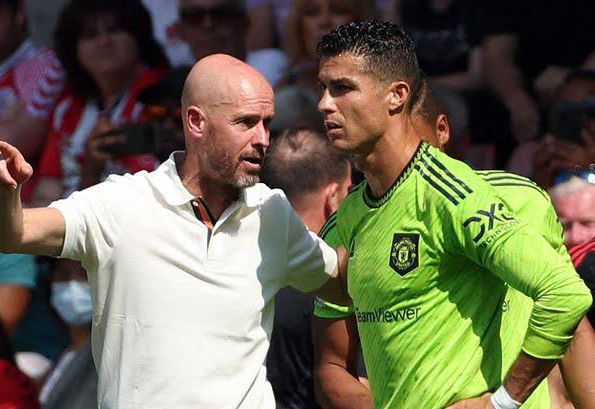 Erik ten Hag has vowed to give Cristiano Ronaldo the support and time he needs to get up to speed with the rest of his Manchester United teammates.

Ronaldo missed most of pre-season and asked to leave the club this summer but has been a part of all six Premier League matchday squads under Ten Hag, starting one game and coming off the bench in five.

With the transfer window now closed and Ronaldo forced to keep his focus solely on United, Ten Hag vowed to do what he can to help the 37-year-old get back to his best.

“It is a base and especially in the game we play, the way of play.

We play another type compared to last year. It depends on the demands, cooperation and certain positioning, in and out of position, and the other thing is fitness.”

Before the game, Ten Hag admitted Ronaldo, just like every player in the squad, will need time to adjust to his style of play,

conceding the striker is behind the rest of the group because of his shortened pre-season.

A number of sides across the globe were linked with Ronaldo but the majority of them came out publicly to deny interest in the striker,

including Bayern Munich, Atletico Madrid and, most recently, Napoli.

Ronaldo’s current contract runs until the end of the season, although there is the option for United to extend that by a further 12 months.