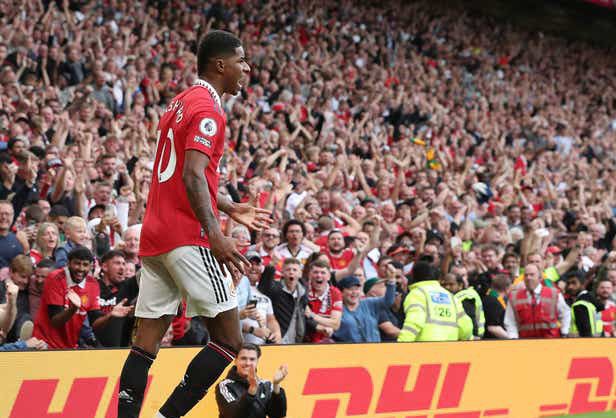 Arsenal were dealt their first loss of the Premier League season as Manchester United continued their impressive run of form and claimed another big result at Old Trafford.

Having beaten Liverpool last month to stem the tide on a miserable start under Erik ten Hag,

the home side took the lead ten minutes before half-time as debutant Antony marked his Old Trafford bow with a goal.

The Brazilian international’s price tag has come under scrutiny following a huge deadline day move to the club, though the 21-year-old went some way into starting to repay it with a fine finish past Aaron Ramsdale after a slick team move.

Mikel Arteta’s side, who had a goal disallowed themselves after Gabriel Martinelli’s opener was ruled out following VAR intervention,

got themselves back into the game through Bukayo Saka just before the hour mark.

As competitive as Arsenal were, however, Arteta watched his side lose all manner of shape.

United’s fluid frontline, spearheaded by Marcus Rashford, exploited the space and the England international bagged a brace to continue the Gunners’ pitiful record at the Theatre of Dreams.