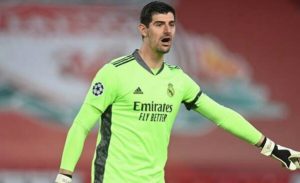 The Belgian goalkeeper has pen another   five-year contract at Real Madrid until the summer of 2026.

Courtois joined Madrid from Chelsea in summer 2018 for £35 million ($48m), having previously spent three years on loan with their city rivals Atletico.

He helped them to win the Liga title in the 2019-20 campaign, so far his only major trophy at Santiago Bernabeu.

The Belgian goalkeeper’s move to Madrid was long expected before he finally made the switch on the Premier League’s summer transfer deadline day in 2018, and was not without controversy as he had previously won the Liga title with Atletico, whose fans were especially unhappy at the deal.

However, following that acrimony and a shaky start, Courtois has gone on to establish himself as clear number one for Los Blancos, making 130 appearances in all competitions and keeping 52 clean sheets.

As well as the 2019-20 Liga title – which Madrid subsequently lost to Atletico last season .

Courtois also helped his team to the 2020 FIFA Club World Cup, while also making 89 appearances so far for the senior Belgium national side, including all five games at Euro 2020.

Last season however was especially disappointing for the 29-year-old – not only did one former club beat Madrid to the Liga title, they were also eliminated from the Champions League by another old side, eventual winners Chelsea.

Speaking about facing his old side before the Champions League semi last season,

“It will be very nice to see a lot of familiar faces and I wish there was public at Stamford Bridge because there was a lot of happy moments I had there.

“Even though maybe my departure wasn’t in the best way, or it was put that way, that it wasn’t the best way, I only have good memories.”

Courtois played in Madrid’s opening match of the Liga season on Saturday night, marking his 130th appearance for the club with a 4-1 win away to Alaves.

Much is expecting from the Belgian number one as he extended his stay at Santiago Bernabeu. 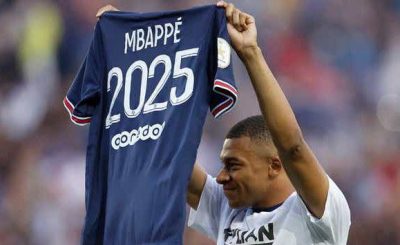