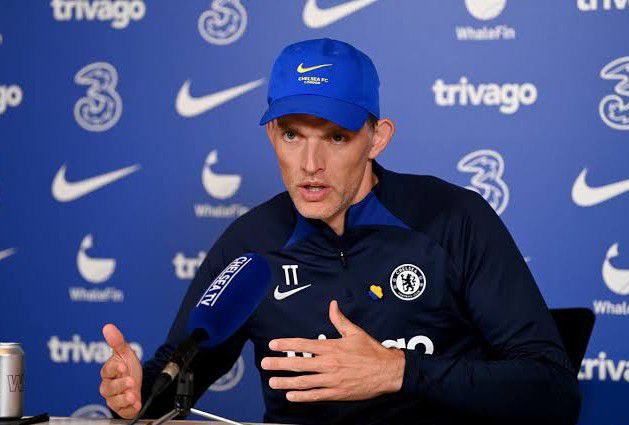 Thomas Tuchel has spoken to the media ahead of Chelsea’s clash with West Ham United.

The Blues have made a rather indifferent start to the season, picking up just seven points from their opening five Premier League games.

It’s been a busy summer at Stamford Bridge, with Chelsea breaking the record for most money spent in a transfer window.

You can read what Tuchel had to say about Pierre-Emerick Aubameyang’s arrival here, but let’s run through everything else he discussed with the press on Friday.

What do you make of Chelsea’s incomings?

“The players we got are very good players and very good personalities.

Everything was needed to inspire the group. We made excellent signings.

It does not help when we talk about the price too much.

This is how the market was for us, maybe we weren’t in the perfect position to find the right price.

“It was quite turbulent but there was no choice not to do it because of the situation.

We were late in the transfer market. Of course, everybody took their responsibility.

The new owners stepped in and didn’t sleep at all. It was of course like this and that’s why I’m happy it’s closed now and the focus turns to football.

There’s nobody to blame, there was no other option than doing it the way we did it.

We got many good players in, and good personalities.”

Are you excited about Wesley Fofana?

“Very. He is the profile we identified very early as a replacement for Toni [Rudiger] and Andreas [Christensen].

Todd was relentless on it and we never gave up. We managed to fulfil this transfer.

Wesley is young, fast and very strong in set-pieces, defending and attacking.”

What did you make of Fofana’s attempts to force a move from Leicester?

“I don’t know enough to judge all the facts. I don’t have enough information about the situation.

Sometimes players have promises. Of course the clubs where it happens don’t like it.

We wouldn’t like it, 100% not but we are not judging from that. We don’t have the whole picture.

Wesley was very reliable, to me. He was always very respectful and respected the situation there.”

Will Denis Zakaria be available to play vs West Ham?

“No. We need to work on the work permit. He will not be in the squad for tomorrow.

We hope for Tuesday and then Fulham.”

Chelsea’s start to the season
Are you expecting a reaction from the players?

“We need to [toughen up]. We will use the end of the transfer period and the energy and stability when you know who’s in the squad and who fights for what.

We will use this stability we need to influence each other. We can see it today and yesterday, there was not the most intense training because of the matches in the week.

We had a good training session and now I need to choose a team for tomorrow.”

Do you feel you’re under pressure?

“Before we talk about the title, we should be ready to challenge West Ham for a win.

There’s too many points dropped already to talk about big things. We need a turnaround in this season.

I think we are a club in transition, we are paying a price for the last half a year of insecurity.

The teams that are dominating the league are the teams who knew since many months what they want, where they are, which role they would play in this league.

It wasn’t so clear for us so we had to come from behind.

The pressure is on and the responsibility is on me.”

What do the players think of the situation?

“Yes [I’ve had a chat] with them, but not too much. I didn’t want to engage with these important talks with players who aren’t committed [and could still leave].

From now on, we will do everything to influence this group and sharpen our attitude to a level that is needed to be highly competitive at a high level.”

What have you made of West Ham?

“West Ham looks very strong. They are a very physical team with a good team spirit. They know what they are.

They have periods where they can create huge moments within minutes and they have moments where they dig in and defend deep and can hurt you on counter-attacks.”

What’s the latest on injuries?

“[Reece James and Ruben Loftus-Cheek] back in training and available, only N’Golo [Kante] is out.”