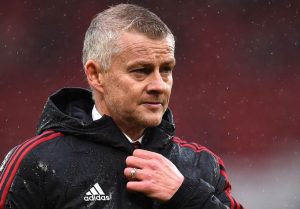 Manchester United boss Ole Gunnar Solskjaer will be desperate to return to winning ways against Watford this weekend.

The Red Devils failed to impress across all competitions heading into the international break, with just one win in seven, leading to questions about Solskjaer’s future.

But Watford could prove the perfect fixture for United to return to form having suffered three defeats in four since Claudio Ranieri took charge.

The Premier League contest is set to take place on Saturday, November 20

It will take place at Vicarage Road with a kick-off time of 3pm.

Watford have never lost to a team in the Premier League more than United, tasting defeat in 12 out of their 14 top-flight games.

The hosts are set to be without Ozan Tufan this weekend after he suffered a knee injury on international duty with Turkey.

Juraj Kucka is unavailable following his red card in the 1-0 defeat to Arsenal while Peter Etebo is a long-term absentee.

Manchester United: Paul Pogba would have missed this game anyway to serve the last of the three match ban he picked up in the 5-0 loss to Liverpool.

However the Frenchman is now set for a longer spell on the side lines after sustaining a thigh injury on international duty.

Pogba’s compatriot Raphael Varane is also expected to be absent due to a hamstring issue while doubts remain on a number of other players.

Luke Shaw and Scott McTominay were both forced to withdraw from England and Scotland duty respectively due to concussion concerns and illness.

Edinson Cavani and Marcus Rashford missed out on joining their national squads and Solskjaer is expected to give an update on their availability this week.