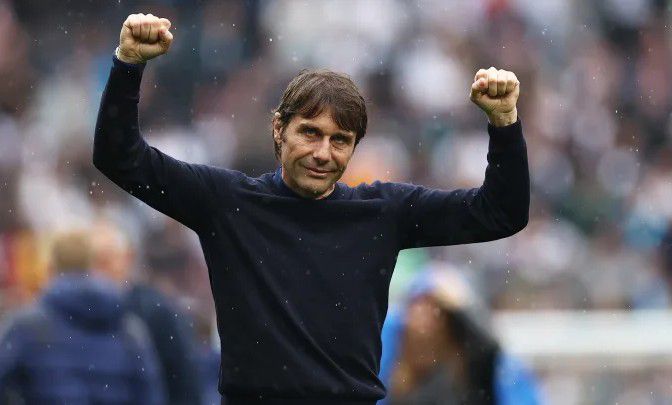 Tottenham head coach Antonio Conte has revealed he will keep a keen eye on Arsenal’s trip to Newcastle on Monday.

Spurs moved two points clear of the Gunners after beating Burnley 1-0 on Sunday,

a result which followed their 3-0 thrashing of Mikel Arteta’s men on Thursday.

The pressure is on Arsenal to win and move back ahead of their north London rivals, and Conte admitted he will be tuning in.

“I want to watch the game. I want to suffer,” the Italian joked.

Conte revealed that a stomach virus had disrupted Spurs’ preparations in leading up to Burnley’s visit, and praised captain Hugo Lloris in particular for soldiering on through it.

“It wasn’t easy because yesterday morning the doctor sent me a message that a few players they felt not well, with a stomach problem, vomiting and also a fever,” he said.

Despite this, we faced the game in the right way and I’m so happy because I have seen a team that has improved in many aspects.

Now this team is one ready to fight in every game.

“Hugo had a fever, but there was no chance of missing an important game.

They showed to be very professional and understanding the importance of the moment. Hugo is our captain and he never wanted to miss the game.”