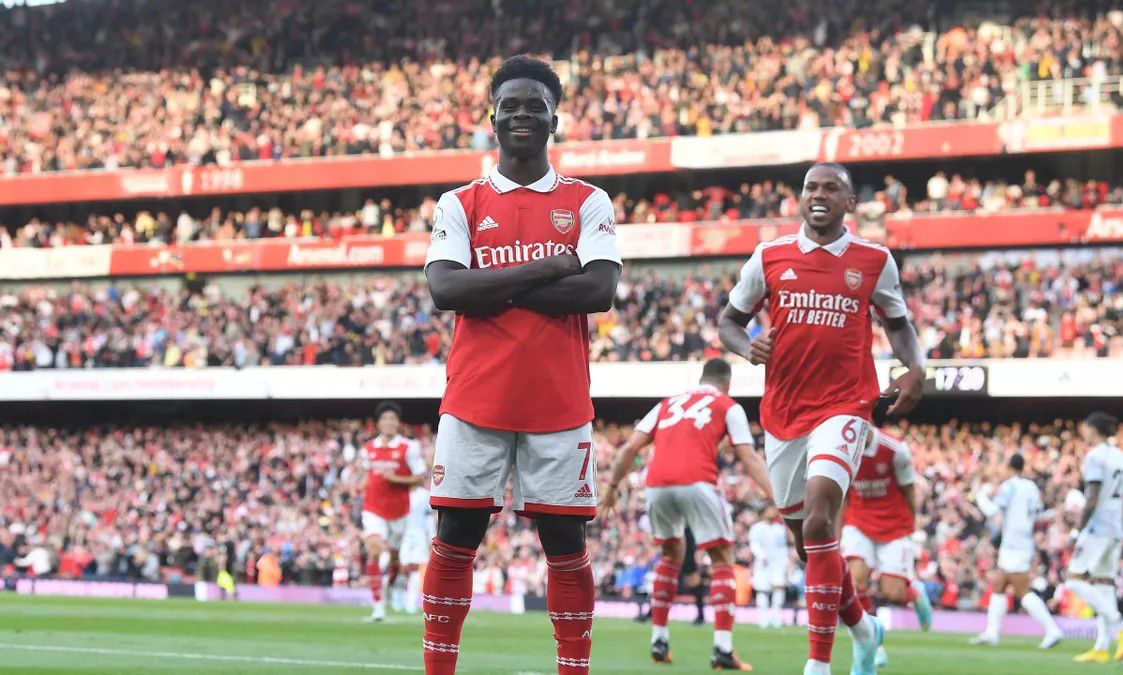 Arsenal moved back to the top of the Premier League table with a thrilling 3-2 victory over Liverpool at the Emirates Stadium.

Going into the game, the Gunners had not tasted success against Jurgen Klopp’s side in any of their previous five meetings against them.

However, all of Arsenal’s pre-match nerves went out of the window within a minute as they took an early lead.

With just 58 seconds on the clock, Gabriel Martinelli latched onto a superb Martin Odegaard through ball, before coolly finishing beyond Alisson from inside the area to shock the visitors.

Liverpool regained their composure and, just after the half-hour mark, they had their leveller,

as Luis Diaz’s cut-back from the right flank was well finished by Darwin Nunez inside the box.

The visitors were then dealt a blow in the fourth minute of first-half stoppage time,

as Martinelli’s low cross was tapped in at the back post by Bukayo Saka to round off a clinical Arsenal counter attack.

In the 53rd minute and against the run of play, Liverpool equalised for the second time in the match, as half-time substitute Roberto Firmino

placed an effort into the far corner from inside the penalty area after a superb through ball from Diogo Jota to play him in.

For the next half hour, Liverpool were on the ropes, and with 15 minutes left on the clock,

Thiago fouled Gabriel Jesus in the box and the Gunners were awarded a late penalty.

Saka calmly slotted the spot-kick into the bottom-left corner of the net to seal a famous win for Arsenal in front of their supporters.