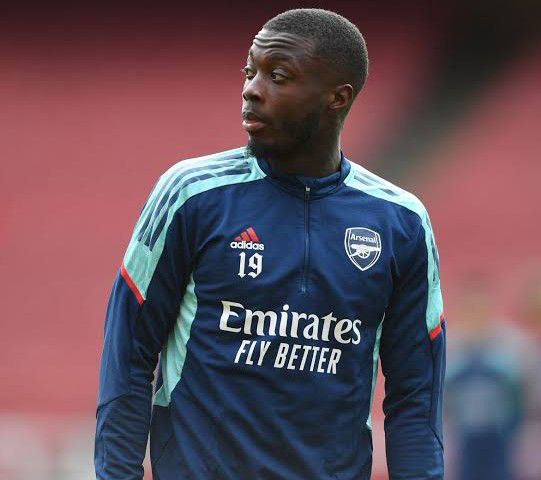 Arsenal have reached an agreement with Nice to loan out Ivorian winger Nicolas Pepe.

tumbled down the pecking order under Mikel Arteta, starting just five Premier League games last season and failing to see any minutes so far this year.

The Gunners have been keen to sign a new right winger this summer – Wolves’ Pedro Neto is on their radar – but they needed to offload Pepe to make room for any new signing.

Sources have confirmed that Ligue 1’s Nice have struck a deal to sign Pepe on loan for the coming year, in a move which will not include an option to buy.

andPepe is expected in France imminently to put pen to paper on a 12-month deal.

Pepe knows Ligue 1 well, having shone there with Lille in the 2018/19 season before his move to Arsenal.

The Ivorian racked up 23 goals and 12 assists in all competitions that year, sparking a frantic transfer tussle which had most of Europe’s elite interested in signing him.

It was Arsenal who won the race for his signature, paying a club-record £72m to lure Pepe to the Emirates,

but aside from some brief flashes of his quality, the 25-year-old has failed to live up to expectations and now finds himself returning to France to rebuild his reputation.

With space now in the squad, Arsenal hope to recruit a new forward and are ready to step up their interest in Neto.

Wolves do not want to sell the 22-year-old but  the player’s representatives have made it clear that a move is possible this summer.