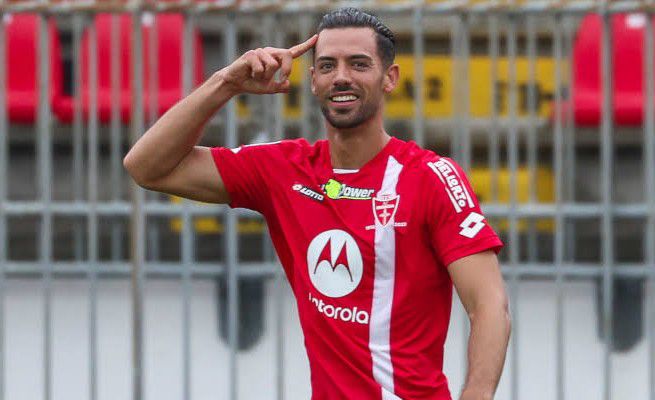 On-loan Arsenal defender Pablo Mari has been taken to hospital following a fatal stabbing in a supermarket in Milan.

The Spanish centre-back, who is currently on loan at Serie A side Monza, was one of five people attacked in a supermarket in Milanofiori in Assago, a town in Milan.

There had been conflicting reports about the severity of the injuries sustained by Mari,

but Arsenal have now confirmed that the 29-year-old is not seriously injured.

‘We are all shocked to hear the dreadful news about the stabbing in Italy, which has put a

number of people in hospital including our on-loan centre-back Pablo Mari.

‘We have been in contact with Pablo’s agent who has told us he’s in hospital and is not seriously hurt.

‘Our thoughts are with Pablo and the other victims of this dreadful incident.’

Manager Mikel Arteta had been in the dugout in Eindhoven for Arsenal’s Europa League defeat to PSV when the news broke, but was asked about the well-being of his compatriot afterwards.

‘I just found out, I know [technical director] Edu has been in touch with his family…

he’s in hospital, he seems to be OK. Hopefully he’s OK.’

Monza CEO Adriano Galliani – who, along with manager Raffaele Palladino, visited the defender in hospital – also gave an update on Mari’s condition.

‘Pablo Mari has quite a deep cut to his back, but fortunately it did not reach any vital organs like the lungs or anything else.

‘His life is not in danger, he should recover quickly.

He has some lesions, but not very serious. He is conscious and getting stitches.’

Two others are in a serious condition, however, after a 46-year-old man – who has since been handed over to local police – picked up a knife

from the shelves in the supermarket at around 6.30pm and then started randomly stabbing people. 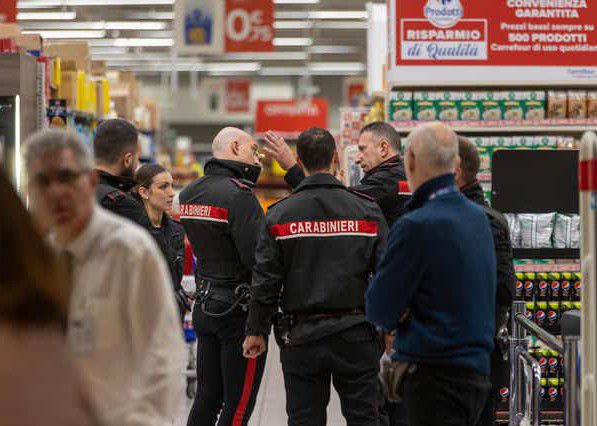 ‘We were at the bar and we thought it was a robbery because we saw some boys and a lady running.

‘Then we saw more and more people with upset faces and we realised that something serious had happened.’