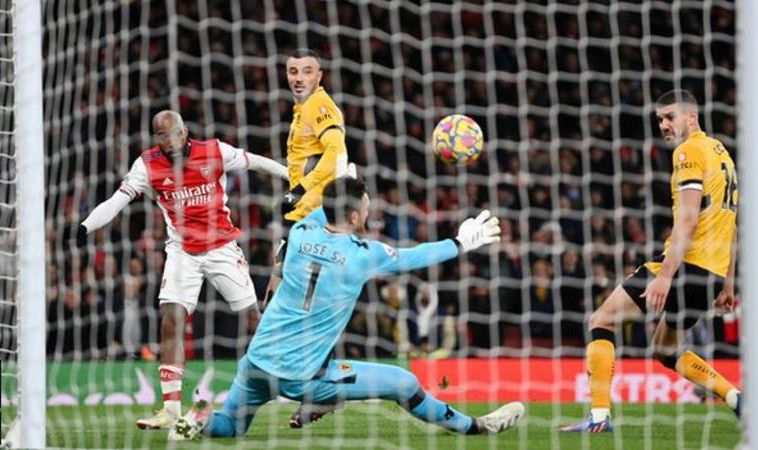 Arsenal complete a dramatic late turnaround in their pursuit of a top-four Premier League place.

For long periods Hwang Hee-chan’s early effort had looked like being decisive for the visitors.

However, Arsenal substitute Nicolas Pepe levelled from Eddie Nketiah’s pass towards the end of a dominant second period in which the hosts had continually pressed for an equaliser.

And as the clock ran down Alexandre Lacazette’s effort was inadvertently touched into his own goal by Sa to spark wild celebrations inside the Emirates stadium.

The result sees Mikel Arteta’s side move up to fifth in the table.

Just one point behind fourth-placed Manchester United, with two games in hand, while Wolves who were hoping to further their own Champions League ambitions sit in seventh.