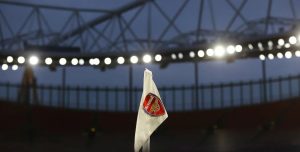 Arsenal’s Premier League match against Wolves, initially scheduled for Tuesday 28 December, has been postponed due to a coronavirus outbreak in the latter’s ranks.

It becomes the latest in a long line of top-flight games lost to Covid-19 over the festive period, and it will now need to be rearranged.

Wolves’ Boxing Day meeting with Watford was postponed earlier this week and their trip to the Emirates Stadium was always going to be doubtful. On Boxing Day the cancellation of the Arsenal game was finally confirmed.

“Wolves’ trip to Arsenal on Tuesday 28th December has been postponed, with Bruno Lage having an insufficient number of players available to fulfil the fixture,” a statement from the Midlands club read.

“A combination of positive Covid-19 test results and injuries led to Wolves requesting for the fixture to be postponed, which was accepted early to give supporters a two-day notice period.”

The Premier League added in their own statement: “Arsenal FC’s match against Wolverhampton Wanderers at the Emirates Stadium, due to be played at 12:30pm on Tuesday 28 December, has regrettably been postponed.

“The Premier League Board accepted the postponement application as Wolverhampton Wanderers does not have the required number of players available for the match (13 outfield players and one goalkeeper) as a result of a number of Covid-19 cases and injuries at the club.

“The Board was able to make its decision in advance of the fixture to give clarity to the affected clubs and their fans.

We apologise for the inconvenience and disruption caused to supporters’ festive plans.”

Arsenal manager Mikel Arteta may be glad of the a rest, with his side initially scheduled to have just one day’s rest between their festive games against Norwich and Wolves.

However, he could also be frustrated to see his side’s momentum curbed by a break in the action as they are in terrific form.