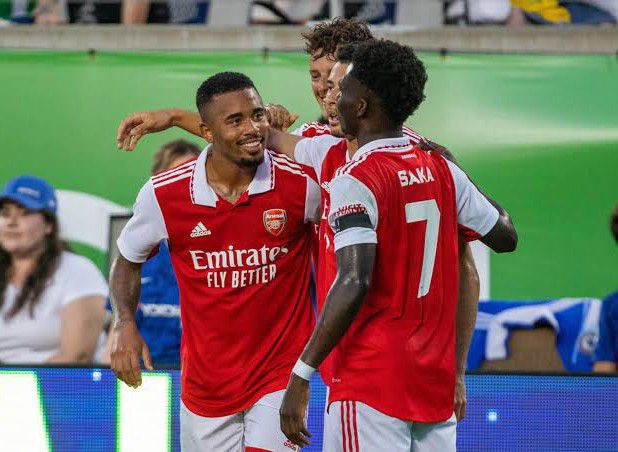 Arsenal should be without Emile Smith Rowe for tonight’s Premier League opener against Crystal Palace, but Mikel Arteta has hinted that Fabio Vieira, Kieran Tierney and Takehiro Tomiyasu could all feature.

Smith Rowe has been struggling with a groin issue and revealed earlier this week that he is likely to miss tonight’s curtain-raiser at Selhurst Park.

Tierney, Tomiyasu and Vieira have all experienced injury issues too and struggled for minutes in pre-season.

When asked on Thursday about the fitness of the Arsenal quartet, Arteta said:

“Well three out of four of those, probably they are going to be training this afternoon.

“If everything goes well they will be available for selection in the squad.

Hopefully they are going to start to recover, because they have been missing a lot of minutes and time in pre-season.

They are really important players for us.”

Pressed to clarify who of the four wouldn’t be training, Arteta replied: “Good question! You will find out tomorrow.”

Other than that, Arsenal have a clean bill of health and Gabriel Jesus, Oleksandr Zinchenko and William Saliba should all make their competitive debuts against Palace.