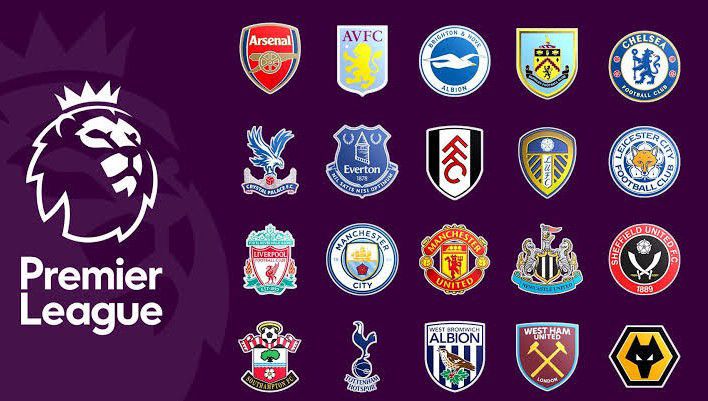 Arsenal vs Manchester United, Liverpool vs Everton, Chelsea vs West Ham – the three headline games as the Premier League marches on towards the end of the season.

Premier League Gameweek 34 comes hot off the heels of a number of sides playing twice within the space of a few days,

so results this weekend could be determined by who has the most gas left in their flagging tank.

though the days of these two contesting the Premier League title are long gone.

Mikel Arteta’s Gunners come into the fixture in positive mood, having turned over Chelsea in midweek,

but the same can’t be said for Ralf Rangnick’s United – they were tossed aside by a rampant Liverpool during a dismal 4-0 defeat at Anfield.

Can the appointment of Erik ten Hag as manager for next season galvanise the Red Devils? Don’t count on it.

There’s not much left to play for if you’re a Crystal Palace fan, with Premier League safety

pretty much guaranteed unless something goes disastrously wrong between now and the end of the season.

The same can’t be said for Jesse Marsch’s Leeds just yet, who know they must pick up a least couple of wins between now and the end of the season.

Two good teams who play expansive football can only mean one thing in the goals department, surely…

It could be an exciting end to the season for  with an appearance in the maiden final of the Europa Conference League now a distinct possibility.

Brendan Rodgers’s side won’t rest on their laurels though and will fancy their chances of downing an Aston Villa side who have lost their last four.

– they’ve lost 11 of their 21 games under him – but they remain capable of scoring goals.

Leicester are also very capable of conceding them, which could make this a good watch.

Is anybody outside of Manchester City and Liverpool circles actually excited about the Premier League title race?

That remains to be seen, but one thing that is for sure is that struggling Watford are the next side in the firing line of Pep Guardiola’s winning juggernaut.

Brighton were swept aside by an under-par City in the week, and there’s no reason to think that the Hornets – who are looking like relegation dead certs – will be able to fare any better.

Whisper it quietly but Eddie Howe is doing a bloody good job in the North East,

despite many feeling that keeping Newcastle up was near impossible when he took over.

The Magpies are on the cusp of the Premier League’s top ten after notching their sixth home win in a row up during midweek,

but the same can’t be said for Norwich – with Dean Smith’s side appearing ready to board the first train back to the Championship.

To keep their faint survival hopes alive, Norwich must win here – but it’s hard to see them doing it.

All eyes will be on Christian Eriksen this Saturday evening as the Dane lines up for Brentford against the club he served so well for seven years.

Tottenham’s visit to west London is also another chance to demonstrate their top four credentials,

which were damaged by the surprise defeat to Brighton last Saturday.

In Harry Kane and Son Heung-min though, Antonio Conte has two players who love scoring in London derbies

– something that should give him great confidence against Thomas Frank’s resurgent Bees.

London over Tottenham and Arsenal prepared them for inevitable defeat to Manchester City on Wednesday.

The same can’t be said for Ralph Hasenhuttl’s Southampton, who continue to be anything but consistent.

A dismal showing against Burnley on Thursday showed how bad the Saints can be when they’re off their game,

and it’ll take something special to get them in the right frame of mind – because of how they bad were – for a trip to the south coast.

Burnley’s clash with Wolves at Turf Moor won’t be the most glamorous game of the weekend but it could turn out to be the most important.

The Clarets have a bit of added fire in the belly, perhaps owing to Sean Dyche’s dismissal,

and put in a terrific performance to beat Southampton on Thursday and close the gap on relegation rivals Everton.

Wolves’ recent pattern of results suggests they either win or lose, and Bruno Lage will be desperate for the former to keep the club’s

Europa League qualification hopes alive. Whether they get it is another story.

Surprised to see Arsenal run out 4-2 winners at Stamford Bridge on Wednesday?

although the warning signs suggesting Chelsea are capable of such meltdowns have been there for all to see of late.

– but have the added distraction of a Europa League semi-final to contend with.

Their record away from home against the big boys isn’t great either, meaning it could be

another blue day in west London despite Chelsea shedding goals for fun of late.

Jurgen Klopp’s Liverpool are in sensational form while Frank Lampard’s Everton are, well, not.

Manchester United, whereas the Toffees were thankful for Richarlison’s stoppage-time goal rescuing a point against Leicester.

It’s hard to overlook a home win here despite it being a derby, and you can expect it to be a comfortable one at that.