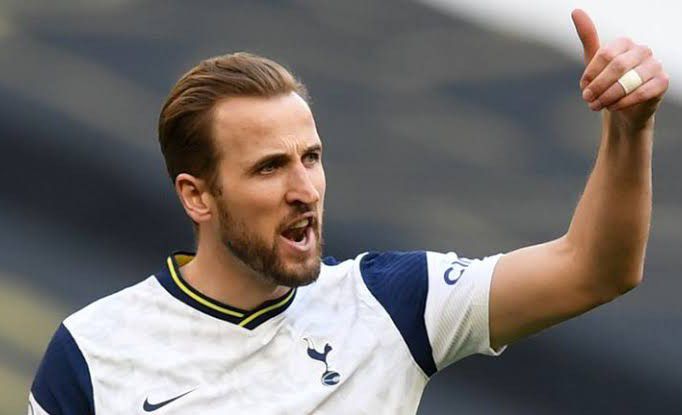 The match at Old Trafford could be crucial in the race for Champions League football,

– after Kane scored twice in the 5-0 hammering of the Toffees, while United were well beaten by neighbours Man City.

Man United beat Nuno Espirito Santo’s Spurs 3-0 in October, leading the Portuguese to be sacked and replaced by Antonio Conte,

and Kane says the players feel there is an opportunity for revenge at Old Trafford this weekend.

“United are still one of the best teams in the league.”

“Obviously they have come off a disappointing result at the weekend.

“There is always going to be a reaction and a bounce-back from their players and we need to make sure we are ready for that.

“We obviously feel that there is an opportunity for us there because we have had a great result and we could try to use that momentum,

especially away from home, against their crowd. But it will be a tough game. They have got some great players.

“They beat us earlier on in the season quite comfortably – we have got to have all that in our heads,

we have got to make sure we go with the right mindset.

It’s a game we are looking forward to. Old Trafford away is one of the best games you play in the league and you have got to be excited.

You have got to go there and try to be free and put in another good performance.”

– the stunning 3-2 win at City and the thrashings of Leeds and Everton.

But sandwiched in between have been the disappointing defeats to Burnley and at Middlesbrough in the FA Cup.

Kane says their recent wins have been “up there” with the best performances he has been involved in for Spurs but insists there is still work to do.

Kane when asked about Burnley and ‘Boro.:

“Our aim – to make sure that sort of [defeat] doesn’t happen again.”

“There have been high performances all round – not just me but the whole team has played really, really well.

But beating Everton 5-0 and beating City away from home are right up there, fantastic results.

“And results that should give us confidence.

It is great having nights like this but we have got to prove ourselves over the last 12 games.

We have got to make sure our mindset is right – and that is what we are trying to do.

“There is still improvement to be had. Obviously, we have had some great games but we have also had some disappointing games as well.

“Where we finish in the league will be the ultimate test. I still think we are looking for improvement in all areas.

We are definitely not the finished article yet.