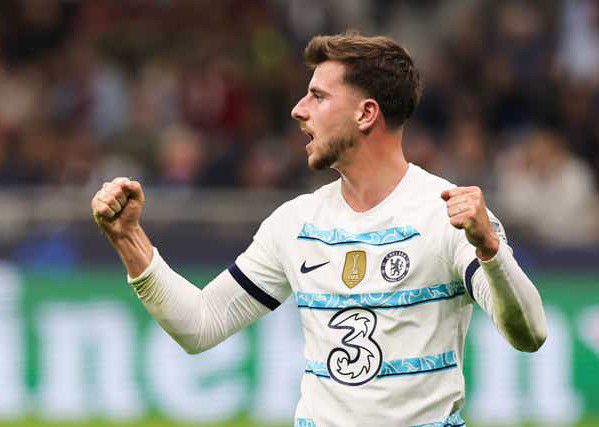 England and Chelsea Midfielder Mason Mount believes his side have everything to win the Champions League again after their victory over AC Milan last night.

Mount was involved in both goals as the Blues continued their unbeaten start to life under Graham Potter to wrestle back control of Group E and take a big step towards the knockout stage.

The 23-year-old first won a penalty for Jorginho to score before setting up a goal for Pierre-Emerick Aubameyang.

Having conquered Europe in 2019, Mount thinks Chelsea can once again compete for Champions League glory under Potter.

“We want to go all the way to the end.” “That’s always our goal.

I feel with our squad that we can do that. We have a lot of confidence in that but we are also humble.

Maybe we are not the favourites but that was the same when we won it.

“We just keep going and try to keep giving everything when we have the opportunity to play. That’s what our focus is on.”

Mount was named man of the match by UEFA despite playing just 45 minutes against Milan.

Potter opted to substitute the England international at half-time to rest him after he had been booked in the first half.

The referee was giving out a lot of cards tonight. That was his [Potter’s] decision.

I thought I played well to get the penalty and the assist for the other goal but I was surprised to be given man of the match [having only played one half].

After back-to-back wins over Milan, Chelsea have propelled themselves from the bottom to the top of Group E

Mount believes his side are well placed to qualify for the knockout stage ahead of their final two group matches, away at RB Salzburg and home to Dinamo Zagreb.

“The most important thing was that we won this game.

It was a huge game for us in this group to be leaders at this moment with two games left.

I am really positive and it is looking good for us in this group as well.

“To come here and win it takes a lot.

It doesn’t just take playing good football but you have to also be mentally strong because their fans play a big part.

You have to deal with the crowd and we did that.”