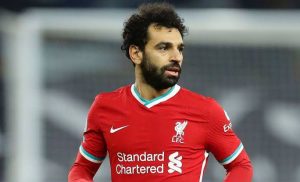 Paris St-Germainspoke to Cristiano Ronaldo about a move from Juventusthis summer, but no offer was made, allowing the Portugal forward, 36, to make an emotional return to Manchester United. (Goal)

Romelu-Lukaku, 28, has said former club Inter Milan got him out of a “deep hole” after he left Manchester United in 2019. The Belgium striker joined Chelseathis summer. (Mail on Sunday)

Manchester City will quadruple 21-year-old England playmaker Phil Foden’s wages as they look to tie him down to a new contract. (Star Sunday)

Real Madrid had been tracking France midfielder Eduardo Camavinga, 18, for three years before signing him from Rennes this summer. (Marca)

Read Also: Wales Will Be Without 13 players For Sunday’s World Cup Clash Against Belarus

• Onana Sets To Leave Ajax On A Free Transfer.

Manchester Cityturned down the chance to sign Spain midfielder Saul Niguez on transfer deadline day before Chelsea landed the 26-year-old on loan from Atletico Madrid.(Star Sunday)

Signing Brazil star Neymar, 29, from Barcelona in 2017 has cost PSG£489m in his transfer fee and wages. (Marca)

Former Bayern Munich and France winger Franck Ribery will sign for Serie A side Salernitana next week. The 38-year-old is a free agent since leaving Fiorentina. (Fabrizio Romano)

Barcelona president Joan Laporta has complete confidence in manager Ronald Koeman and has no plans to sack him. (Sport)

Keen gardener and Everton boss Rafael Benitez has encouraged his players to ditch gaming and get outside more. (Star Sunday)