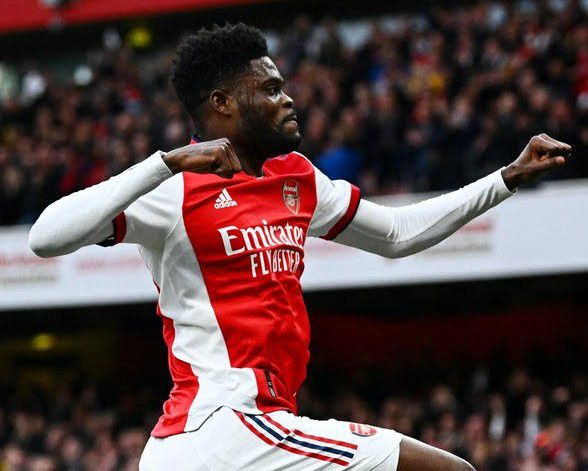 Arsenal’s preparations for their trip to Brentford on Sunday have been boosted by the return to training of midfielder Thomas Partey.

Partey picked up a thigh problem earlier this season and has not featured since the 3-0 victory over Bournemouth in late August, pulling up a few days before Mohamed Elneny suffered a severe injury of his own.

Arsenal’s midfield has been a little thin on numbers ever since but GOAL expect Partey to be fit in time to face Brentford on Sunday.

It is understood that Partey was back in full training in anticipation for Thursday’s Europa League meeting with PSV Eindhoven,

which has since been postponed due to a lack of police resources related to the passing of Queen Elizabeth II.

The Ghana international may have been fit for that game and so is expected to be ready to face Brentford on Sunday, assuming he does not suffer any further setbacks before then.

Manager Mikel Arteta will be without a number of first-team players for the trip to the Brentford Community Stadium.

Elneny is not expected to return in 2022, while the fitness of Emile Smith Rowe remains a mystery.

The 22-year-old appeared to pull up during the warm-down following the defeat to Manchester United earlier this month and Arteta has spoken of nothing but ‘discomfort’ for the attacking midfielder, who has not been seen since.

Right-back Cedric Soares is also injured and winger Reiss Nelson remains away from training as he continues to recover from a muscle issue of his own.