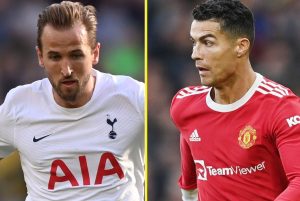 While Solskjaer has survived the sack, he’ll need to start putting things right as soon as possible and stating with Saturday’s trip to north London.

Spurs have had a mixed campaign as well and lost to West Ham last time out.

Both sides could do with a morale-boosting result and performance and there will be plenty on the line.

This fixture was littered with goals last season with United winning 3-1 in the capital and Spurs claiming an incredible 6-1 win at Old Trafford.

Tottenham have no major issues to contend with but Bryan Gil is set to miss out after hobbling off during the midweek win over Burnley.

Dele Alli and Harry Winks will both be hoping to be included in the squad.

For United, Raphael Varane could return from his recent thigh injury after he returned to training this week following three games out.

However, Paul Pogba is suspended following his red card against Liverpool.

His French compatriot Anthony Martial is in contention however while the likes of Jadon Sancho, Jesse Lingard and Donny van de Beek are pushing for starts.

“We definitely need a reaction and it’s my job as well to put the players in the right frame of mind.

“I’m responsible for the reaction, the result, the performance.

We’ve worked on the pitch, worked on everything that needs to be sorted for a footballer.

“It’s not just frame of mind, it’s the approach strategy, gameplan, tactics, technically, we’ve had a good week and I feel the boys are ready to give their best as they always do.

“The performance, nothing went to plan and that was nowhere near our best.”