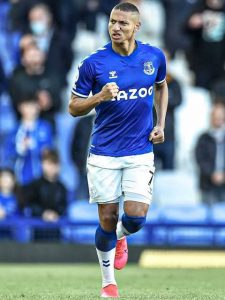 Everton have contacted Celtic about a deal for French forward Odsonne Edouard, 23.

Juventus are interested in Hazard as a replacement for 36-year-old Portugal forward Cristiano Ronaldo, who has joined Manchester United.

Manchester United’s Uruguay striker Edinson Cavani, 34, is “still very much in United’s plans this season” and there are “no plans to sell him” in the wake of Ronaldo’s arrival.

Chelsea’s move for Atletico Madrid midfielder Saul Niguez has collapsed after the 26-year-old was not given assurances over regular playing time by Blues boss Thomas Tuchel.

Kurt Zouma’s £25m move to West Ham from Chelsea is in the balance after complications with the 26-year-old France defender’s medical.

Sevilla say Chelsea are running out of time to sign France defender Jules Kounde, 22, who has a release clause of £77.1m.

Chelsea have agreed a new four-year contract with Denmark defender Andreas Christensen, with the deal for the 25-year-old including the option of a further year.

Blackburn, Bournemouth, Swansea and Stoke all want to sign former England youth winger Patrick Roberts, 24, who is available on a free from Manchester City.

Young Arsenal midfielder Miguel Azeez, 18, and Ryan Alebiosu, 19, who can play right-back or midfield, are on the verge of joining Portsmouth and Sunderland respectively.