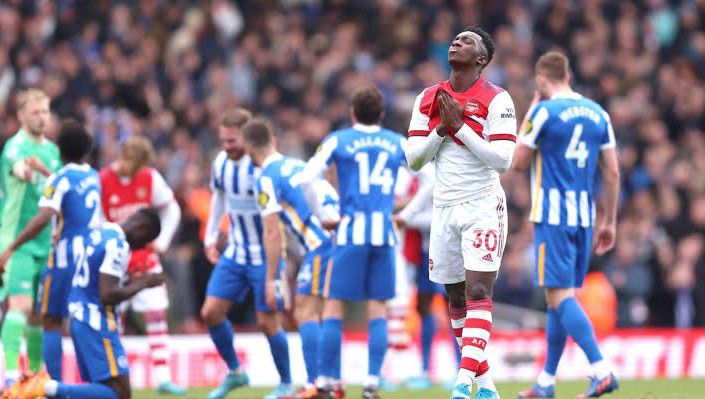 Arsenal manager Mikel Arteta is expected to make further changes to his side for the match against Brighton.

Matt Turner is expected to start in goal ahead Ramsdale as he looks to get minutes before appearing for the United States at the World Cup.

Turner has been Arsenal’s ‘cup goalkeeper’ this season, but a groin injury has prevented him for playing since October 20.

The USA international has missed Arsenal’s last two Europa League games, however he is fit now and should start the club’s third-round tie against Brighton.

That is a boost for the 28-year-old, who is hoping to be the USA’s No1 goalkeeper at this month’s World Cup in Qatar.

Cedric Soares is hoping to make his first start to the season, while Rob Holding and Kieran Tierney should come into the defence too.

Takehiro Tomiyasu is not expected to play after coming off injured against FC Zurich last week,

but his injury is not thought to be that serious that it’ll keep him out of playing at the World Cup for Japan.

The Arsenal midfield could completely change from Sunday’s win over Chelsea as Albert Sambi Lokonga, Fabio Vieira and Mohamed Elneny are all primed to play.

Eddie Nketiah is expected to lead the line and Reiss Nelson should come into the attack too.

The third forward spot is up for grabs and Arteta could play Gabriel Martinelli, or hand 19-year-old Marquinhos a rare start.