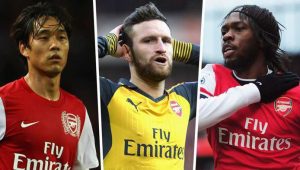 Arsenal have signed some world-class players in their long and illlustrious history, many of whom arrived during past two decades under former manager Arsene Wenger.

Here are some of the worst signings made by the Gunners, including the likes of Park Chu-Young and Andre Santos 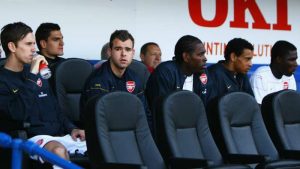 Arsene Wenger described the signing of Bischoff as a “gamble” due to midfielder’s history of injury problems.

It never paid off because, even after eventually returning to fitness.

Bischoff found himself low down in the midfield pecking order.

He revealed in an exclusive interview  that:

He decided to leave Arsenal due to a lack of playing time.

having seen just 25 minutes of action in a solitary Premier League outing.

“It wasn’t easy [to decide to leave], because I was injured.”

“But I came back and gave it my all. Then the question came up whether to stay or to leave.

“I talked to Wenger and then we decided that it might be better to leave the club.

Because I wanted go play more games for the first team.” 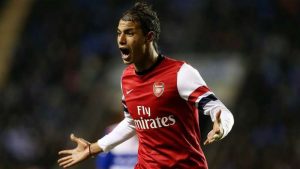 Chamakh joined Arsenal on a free transfer from Bordeaux in 2010 and had a promising start to his Gunners career.

The striker scored 14 goals in 67 appearances before joining West Ham on loan in January 2013.

But it was Robin van Persie’s rise to promise that saw him displaced from the starting line-up.

Chamakh later revealed that he feels Wenger misled him over his first-team opportunities at Arsenal.

“I played for six months, I scored goals, I was decisive,”

“In January [2011], Robin(VanPersie) returned from injury and overnight, I landed on the bench without justification.

“It is clear that I am a little annoyed at [Wenger] because I think I deserved more playing time than what I was given.

“As the year began, at the start of the season.

He told me that we might change tactics and maybe I would be able to play up front with Robin.” 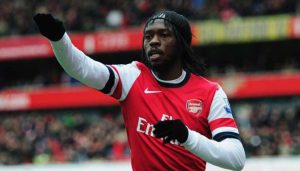 Arsenal signed Gervinho at a time when Lille had the likes of Eden Hazard and Yohan Cabaye in their Ligue 1-winning team.

It’s fair to say that Wenger signed the wrong player.

As the Ivorian international never settled at Arsenal after coming in as a replacement for Samir Nasri.

Eleven goals in 69 appearances showed that he wasn’t the right man to lead Arsenal’s attack.

And a terrible open-goal miss against Bradford in the League Cup probably best sums up his Arsenal career. 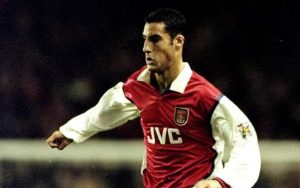 Grondin signed from Saint-Etienne at the age of 18.

He made only one league appearance in five years at the club, before being sold to Scottish side Dunfermline Athletic.

“I was young and inexperienced at a  big club full of great players performing well.

I couldn’t exactly then go to the manager and say I should be in the team,”

“Each time I returned to Arsenal after a spell away, I started back at square one.

But I had to accept it and work away in the hope of being ready if called upon.

There were a lot of good youngsters at Saint-Etienne at this time and I think that was why Arsenal got involved.”

• 10 Transfers That Could Happen In January As Winter Window Looms

‘Fox in the Box’ was the description given to Jeffers when he joined Arsenal for £8m from Everton in 2001.

“We were considering (Ruud van Nistelrooy) and Francis Jeffers and, in the end, we went for Jeffers.

He scored just eight goals while having various fitness issues. 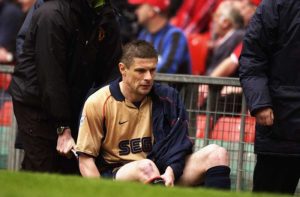 Luzhny has two FA Cups and one Premier League title to his name.

And the versatile Ukraine international featured at both centre-half and left-back for Arsenal.

However, despite making 31 appearances in his first season at the club.

He failed to displace Lee Dixon from the starting 11. 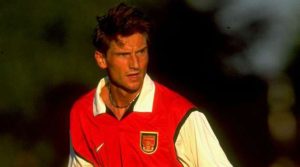 Malz signed from 1860 Munich in 1998 but could not force his way into a midfield boasting the likes of Patrick Vieira, Emmanuel Petit and Robert Pires.

He left just two years after joining, having made only 14 appearances. 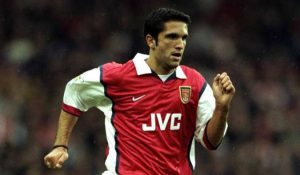 He may have arrived in the same year as Nicolas Anelka, Emmanuel Petit and MarcOvermars, but the youngster certainly didn’t follow in their footsteps.

Signed from German non-league side SC Feucht in 1997.

Mendez ended his Arsenal career with just 11 appearances to his name. 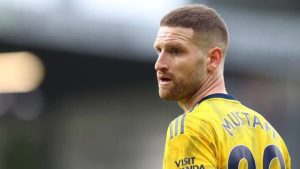 Mustafi came to the Emirates Stadium with a burgeoning reputation after impressive spells with Sampdoria and Valencia.

Despite his hefty transfer fee, though, the German defender made a number of errors,

during his time with the Gunners and by 2019 had slipped out of the first team.

He was finally released on a free transfer in February 2021 and now represents Levante in La Liga. 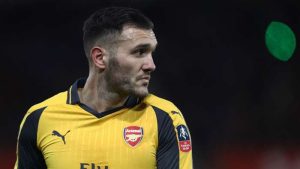 Perez came to prominence in La Liga in 2015-16 with a fine season to keep Deportivo out of relegation trouble.

His 17 league goals convinced Arsenal that he could be the answer to their troubles up front.

Unfortunately for the Gunners,Perez proved to be an unmitigated disaster.

He managed just one goal in 11 games in the Premier League during his first and only season with the club.

And he spent the following term back at Deportivo on loan before Arsenal offloaded him to West Ham at a considerable loss. 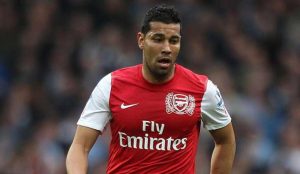 Signed in the same transfer window as Per Mertesacker and Yossi Benayoun.

The Brazilian arrived at Arsenal to solve the left-back shortage.

His lack of pace and poor positioning saw him vilified by press and supporters alike.

And his decision to swap shirts with Robin vanPersie at half-time during the club’s 2-1 defeat to Manchester United only provoked further ire. 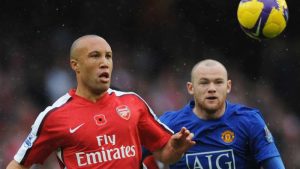 Given the fierce rivalry between Arsenal and Manchester United during the Wenger-Ferguson era.

It was little surprise that the arrival of Mikael Silvestre from the RedDevils was greeted with reluctance from the Gunners support.

The Frenchman did little to dispel those doubts.

Spending two years in north London as a bit-part player and never coming close to the level he showed at Old Trafford. 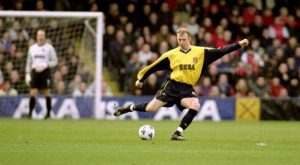 Stepanovs was signed following an injury to Tony Adams.

But after playing in the infamous 6-1 defeat to Manchester United at Old Trafford.

His confidence clearly took a knock from which he would never recover.

He made just 17 league appearances in four years before joining Grasshopper. 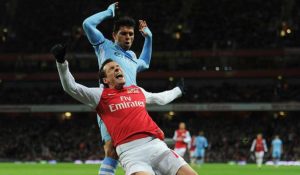 The Frenchman was signed to bolster an Arsenal defence short of numbers but several errors early on showed that he was out of his depth.

Squillaci slid down the pecking order and was released in 2013. 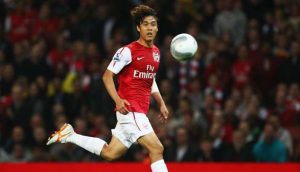 In what is one of the strangest signings of Wenger’s reign at Arsenal.

Park walked out of a medical with Lille after being informed of the club’s interest.

The South Korean was highly rated in Ligue 1 and scored on his debut in a League Cup match against Bolton.

But a lack of game time and questions over his quality saw him leave the club in 2014 after making under 10 appearances.