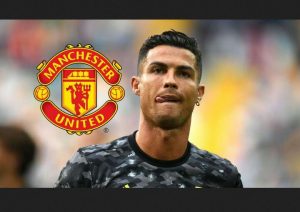 Ronaldo has spent his first day back at Manchester United’s Carrington training ground,

following his £20m ($28m) switch from Juventus on deadline day.

Read Also: Liverpool Players That Need To Improve On Their Performance

Ronaldo was granted permission to return to Manchester last Thursday,

after picking up a suspension while on international duty with Portugal.

The Portuguese star had to quarantine for five days upon his return to England,

but finally met up with Ole Gunnar Solskjaer and a number of his new United team-mates on Tuesday.